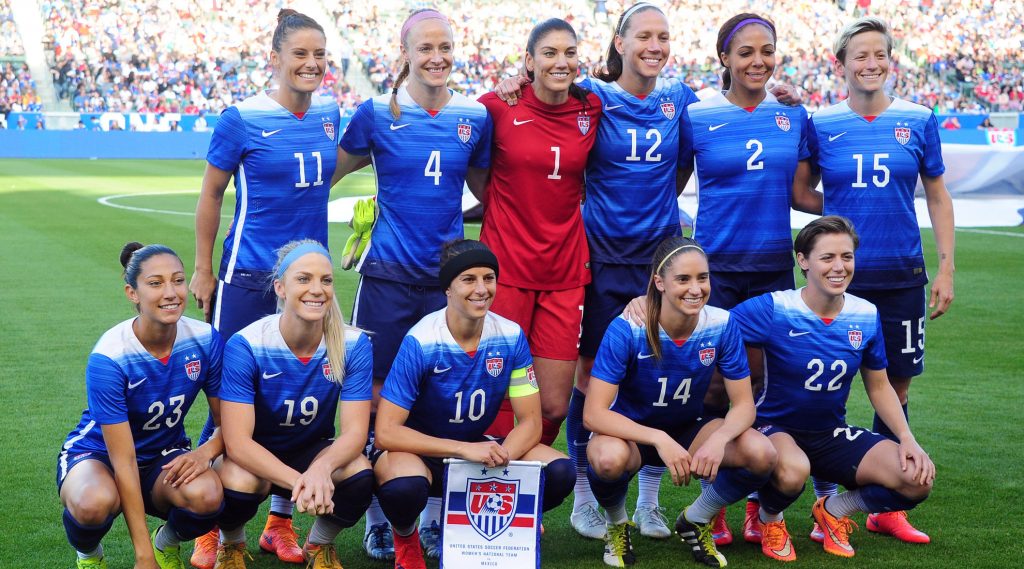 The United States Women’s National Soccer Team (USWNT) had their friendly against Trinidad and Tobago in Hawaii called off yesterday due to poor playing conditions. The turf at Honolulu’s Aloha Stadium was deemed unplayable as the USWNT backed out of their friendly, which is part of the team’s Victory Tour following their 2015 World Cup win.

USWNT forward Alex Morgan and head coach Jill Ellis were infuriated over the pitch conditions, Morgan going to the extent of calling the turf conditions “horrible.” One of the most popular faces of the USWNT, Morgan vented her frustrations at US Soccer’s preferential treatment of the men’s team over their female counterparts.

“I think the team needs to be a little more vocal about whether this is good for our bodies and whether we should be playing on it if the men wouldn’t be playing on it,” Morgan told Fox Soccer.

“We’ve been told by U.S. Soccer that the field’s condition and the size of the field are the first two talking points of when they decide on a field, so I’m not sure why eight or nine of our 10 Victory Tour games are on turf whereas the men haven’t played on turf this year.

“I think it’s hard because no one’s really going to protect us but ourselves.”

Goalkeeper Hope Solo took to Twitter to highlight the pitch conditions, and also talked up the need for equal treatment in the game, thanking the fans for their support.

Our loyal fans: Thanks for standing with us against unsafe field conditions & standing tall for #equal treatment pic.twitter.com/abn560Kitw

Poor pitch conditions, especially artificial turfs, have been constant issues for the USWNT, as well as other women’s national teams and there also have been constant demands for more equitable treatment and pay in the women’s game relative to the men’s game. The Victory Tour is an attempt by US Soccer to popularise the women’s game bringing the players some extra pay as well as preparing the USWNT for next year’s Olympic Games in Rio.

But with deplorable pitch conditions like in Honolulu, the clamour for equal treatment in football has amplified, rendering the Victory Tour a mere sideshow among bigger, more important matters.