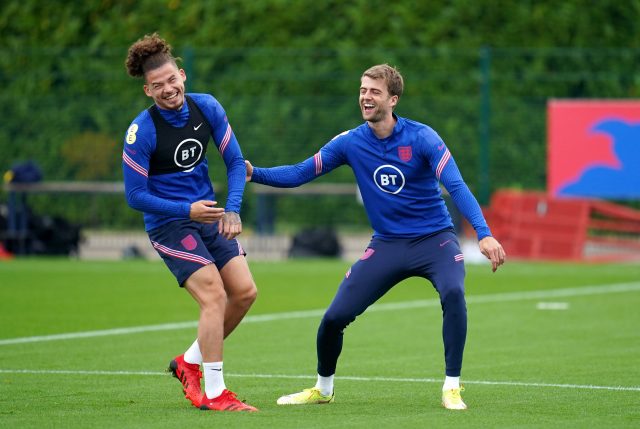 Gareth Southgate’s decision to rest the first Xl for Sunday’s game against Andorra paid dividends. Mainstays for club and country like Declan Rice and Harry Maguire got a well-earned break after an action-packed start to the 2021-22 season. Leeds striker Patrick Bamford finally got to make his international debut; Borussia Dortmund’s Jude Bellingham had the shackles removed and looked world-class in a more advanced role in the center of the park, and England won 4-0 – you can’t ask for much more than that from a World Cup Qualifier!

Southgate’s young lions must next travel to Warsaw to face by far their most difficult test in this qualifying campaign, a Poland side led by the always-dangerous Robert Lewandowski. But England will arrive full of confidence – Raheem Sterling and co. sit top of Group I having played five; won five; scored 17 goals, and conceded just one.

Southgate has already led his side to victory against the Poles during this qualifying campaign, a 2-1 victory at Wembley earlier this year.

It’s Poland vs. England in a pivotal Group I World Cup Qualifier – read on to get a full preview of Wednesday evening’s big game, as well as the best betting odds available, and our predictions.

The England national team has been flying high of late. Besides the bitter disappointment of a Wembley defeat vs. Italy in the Euro 2020 final, and a mundane display vs. Scotland in the group stages, the side has won every game since losing to Belgium in the Nations League final of 2020.

But, with World Cup qualification on the line and the home crowd behind them, Poland will be no pushovers. The Sportslens team expects to see Southgate’s team tested in this one, as reflected by our tight handicap selection above.

All SportLens readers can get a £30 Free Bet on Poland vs England if they place a £10 bet on any sporting event prior to kick off. Click below to claim the offer:

Get a £30 Free Bet on Poland vs. England

Historically speaking, England vs Poland tends to be a tight affair. England has had the better of the contest in recent years though. In the six meetings between the two nations since 1999, England has won four and there have been two draws.

Another notable stat is that rarely does one team win by more than one goal. In the modern era of football, England vs Poland tends to be a low-scoring affair, which is why the team plucked for -1 handicaps.

That said, both sides come into this game in good form. England just bested Hungary and Andorra, scoring four goals in both games, and just a couple of months prior to that came within a couple of spot-kicks of winning a first major tournament since 1966. Football so very nearly came home. But regardless, Southgate’s men are in good form and have become very tough to beat in recent years.

The Polish side will also likely have some extra pep in its step: the team managed by Portuguese legend Paulo Sousa is fresh from smashing seven goals past San Marino, a rout that included a brace from probably the world’s best No.9 in Robert Lewandowski, and a second-half hattrick from MLS star Adam Buksa (New England Revolution).

Lewandowski missed Poland’s 2-1 defeat to England back in March. The Bayern Munich star has 72 international goals to his name and Maguire and John Stones will need to be on top form to contend with him.

More positive news on the injury front for Poland: CBs Jan Bednarek and the imposing Kamil Glik are expected to start after recovering from minor injuries, as is creative midfielder Piotr Zielinski, who Rice and Kelvin Phillips will be expected to marshall in the midfield area.

Not so much good news for England: Jadon Sancho has been ruled out after picking up a slight knock in training. The Manchester United ace was never likely to start the game but would have been a creative asset to come in off the bench.

History tells us that this should be a close game; neither England nor Poland has won by more than one goal in any of the last six meetings between these two sides, and no more than three total goals have been scored since 1999.

Consequently, despite the offensive firepower on show in the form of Kane and Lewandowski, we expect a tightly contested and tense affair, but with England to emerge victorious at -1 Handicap at 7/4.