The Poland national team may be the weakest team at Euro 2012 (according to the latest FIFA rankings) but they’re also placed in one of the easier groups – alongside the Czech Republic, Russia and Greece – teams that have a history of underperforming.

As such, with home support behind them and exciting current and future stars in their ranks, Poland will be looking to ruffle a few feathers and progress to the knockout stages.

Below you’ll find the new home and away football shirts for the Polish national team that they will be wearing for Euro 2012. Poland are sponsored by Nike.

The Poland home kit is full red with a white rectangular base on the chest below the team crests and the Nike logo (also in red). 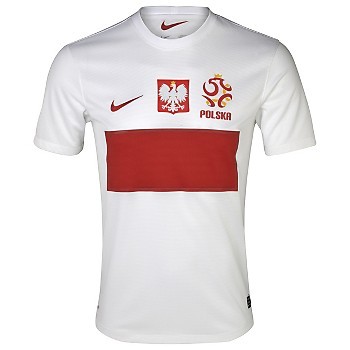 In cotrast to the home shirt, the Poland away kit is completely white with the team crests and Nike logo in red across the chest, and a red rectangle placed below the crests on the front of the shirt. 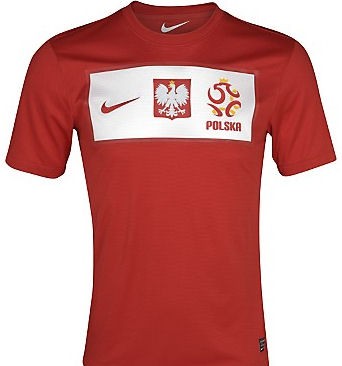