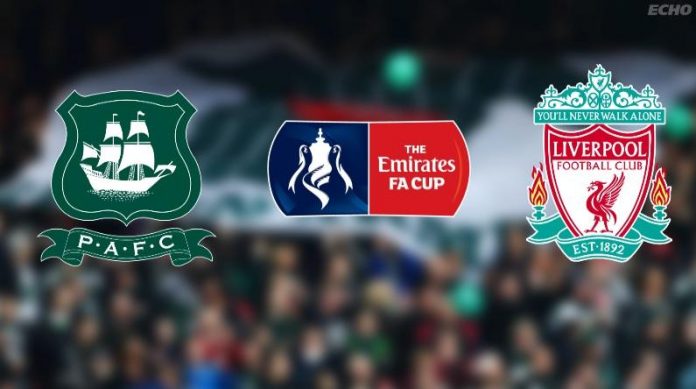 The Reds were held to a 0-0 draw at Anfield earlier this month and Jurgen Klopp‘s men will be looking to progress with a win tonight.

Liverpool are without a win in their last four matches – Southampton, Sunderland, Plymouth and Manchester United.

The away side will be desperate for a win here and despite the fact that Klopp is likely to rest several key players for this game; the Premier League giants should be able to secure a win against a lower league side.

Ings, Brannagan, Lucas and Clyne are injured while Sadio Mane is away on international duty. Joel Matip is yet to receive international clearance and is unlikely to play.

Plymouth were excellent at Anfield and will be hoping to match that performance at Home Park as well.

They are in good form right now and have lost just one of their last nine matches in all competitions. Furthermore, they have been quite impressive at home as well.

The Green Army have scored at least two goals in each of their last four home matches and if they can replicate their defensive performance from Anfield tonight, they have every chance to progress.

David Goodwillie is the only player absent from the home side for today’s game after being found guilty of rape.

Plymouth have drawn their last 3 matches in the FA Cup.

Liverpool have drawn their last 3 matches in the FA Cup.

Plymouth have failed to score in 5 of their last 6 matches in the FA Cup.

Plymouth have kept a clean sheet in their last 3 matches in the FA Cup.

Plymouth have a very poor scoring record in the FA Cup. However, they have managed to keep clean sheets. A low scoring game (under 2.5 goals) seems likely here.

Liverpool have failed to win their last four matches and will be motivated for a win here. They have a better side as well. Bet on the Reds to win here.

Plymouth showed at Anfield that they are no pushovers and it will take something special from the Reds to break them down at Home Park later tonight.

The home side will look to dig deep and hit Liverpool on the break. This should be a cagey affair between two teams looking to avoid a defeat.

However, quality should prevail and Liverpool are likely to edge this one.