When you’re hot, you’re hot… and doesn’t the modern day footballer know it.

A few months ago Robbie Keane pledged his future to Tottenham Hotspur saying “I’m having a summer off without people ringing saying ‘Are you going here, are you going there?’… I am more than happy here (at Tottenham) and I want to stay here for as long as I can… I am happy to stay here for the rest of my career.”

Nine days after Benitez’s comments, Tottenham chairman Daniel Levy revealed the in-form striker had made it clear he wanted to move to Anfield. A somewhat swift change of heart from Mr. Keane. 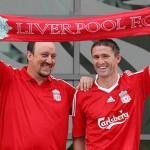 Spurs cried foul over the way Liverpool made known their interest in Keane and also the manner in which Manchester United had “pursued” Dimitar Berbatov. They reported the clubs to the Premier League for their conduct, which they believed were in breach of the league’s rules (though later dropped their case against Liverpool). Whatever the rights or wrongs of their rival’s comments, Spurs faced one hell of a battle to keep Keane and Berbatov.

With the pair asking to leave White Hart Lane, most Tottenham fans conceded it best to cash in, rather than keeping players who want to ply their trade elsewhere. As Tottenham chairman Daniel Levy admitted, “when a player’s head is turned… they become a negative influence in a team dressing room.”

Tottenham Hotspur were rendered virtually powerless in their desire to keep Keane and Berbatov- and not necessarily by the clubs who shamelessly chased them. Given Spurs’ strong financial position, they could afford to reject £20-25m plus bids for these players. But would Tottenham dare invoke the wrath of their star strikers by blocking their departures? Keep two players unlikely to give 100% to the club from now on? Probably not.

Keane got what he wanted on July 28th, completing a £19m move to Anfield.

‘No player is bigger than the club’ — that’s the traditional view within football. But is this still the case in the modern day Premier League? The reoccurring theme nowadays seems to be ‘what the player wants, the player gets.’ Daniel Levy conceded as much when he sold Keane, claiming the deal was an ‘enforced sale’ due to the player’s desire to leave.

Does anyone believe Dimitar Berbatov won’t get his own way too, forcing his way out of N17 as well? That Gareth Barry won’t move to Anfield if Liverpool still want him? Or that Cristiano Ronaldo won’t eventually get the move to Real Madrid he so hankers for?

When a player can essentially dictate a move from his current employer to another club whilst under contract, surely we’ve moved into a new age. An era of player power, where the club’s employees, not the club’s themselves, are calling the shots. Where contracts aren’t worth the paper they are written on. 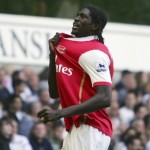 Emmanuel Adebayor stole Robbie Keane’s title for the quickest change of future heart earlier this summer. On June 28 in a press conference, Adebayor was resolute about his future, saying “I have three more years (on my) contract so no matter what I have to stay. I’m staying at Arsenal no matter what.” But 30 minutes later in an interview with Sky Sports he commented:

“A lot of clubs are interested in me. At the moment we are just going to sit down and talk and decide what to do.”

Adebayor then took contradiction to new level. Having told the June 28th press conference, “I never cared about playing for money, my happiness is to play to enjoy myself,” a day later he told a UK newspaper:

“I am being considered a worthy replacement for Henry while not deserving his salary. Yes, I am still under contract to Arsenal but it’s up to the directors to satisfy my demands or I’ll leave.”

Having turned down a £24m offer from Barcelona and rebuffing all attention from AC Milan, Arsenal are adamant they don’t want to sell their star striker. The biggest battle to keep Adebayor is not with the clubs persuing him, but with the player himself. The Togo front-man has reportedly requested a new club-record contract of £120k per week. Arsenal have reached breaking point with the striker and his departure seems inevitable.

According to AC Milan vice-president Adriano Galliani, Arsenal have recently sent the San Siro club a letter suggesting the Gunners are now prepared to sell Adebayor. “Arsenal sent us a letter saying they were willing to talk to us about Adebayor,” Galliani told Italian television channel Antenna3 two weeks ago. “The letter from Arsenal says, ‘Following our communication of June 13th, in which we informed you we were not willing to deal over Adebayor, now we are writing to tell you that we will consider a deal if it still interests you’.”

If reports of Adebayor’s wage demands and desire to move to AC Milan or Barcelona are true, the player has done everything in his powers to make a transfer away from the Emirates possible. As with Tottenham and Robbie Keane, Arsenal are left in a position where selling Adebayor is probably the best resolution they can salvage from a bad situation. 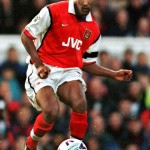 For Arsene Wenger, the Adebayor saga is nothing new. In 1999, 19-year old Arsenal striker Nicolas Anelka won the PFA Young Player of the Year award and attracted the interest of Real Madrid. Despite having won the Premiership and FA Cup with the North London club just a year earlier, Anelka decided he wanted out of Highbury.

Aided by brother and agent Claude Anelka, Nicolas demanded a massive pay rise and basically threatened to go on strike at Arsenal unless he was granted a move to the Spanish capital. Alas ‘Le Sulk’ got his way and he moved to Real Madrid for £20m.

Maybe Anelka got his inspiration from Pierre Van Hooijdonk. The Dutchman took it upon himself to strike at then-employer Nottingham Forest in 1998. His self-imposed exile was brought about because Forest had turned down his request to leave the City Ground with two years remaining on his contract.

The club wanted their top striker to stay, but Van Hooijdonk was having none of it. He went back to Holland for nearly four months – a period in which the club sunk to the bottom of the league. Forest were relegated at the end of this season, thanks in no small part to the want away antics of Van Hooijdonk.

Of course the player got what he wanted — a transfer to Vitesse Arnhem and with it, more international appearances for Holland. All right for some – Nottingham Forest haven’t returned to the Premier League since that traumatic season. 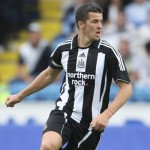 Not only can Premiership players apparently force their club’s hands when it comes to getting a transfer, it would appear they can behave as they want, too. In what other profession would someone like Joey Barton have avoided the sack? Jailed for six months in May, Barton has a violent history which would render him untouchable in most industries.

In a series of assaults last year, he repeatedly punched a man lying on the ground in Liverpool. He attacked a 16 year old boy and once punched a teammate so hard he made him collapse. Not to mention another incident when he stubbed a lit cigarette into another teammate’s eye.

You can’t blame Newcastle for not handing Barton his P45. Not entirely at least. If the Magpies dismissed the former Manchester City player, they would be wiping a multi-million pound asset off their books, only for another club to sign him on a free transfer. He’d still be on a five-figure weekly salary, he’d still be adored by another fan base and he’d still have a life of luxury.

The clear message is that football is weak to the stars it employs. To prove a point, Newcastle United paid Barton in full during his time inside. A weekly salary that most people would be unlikely to earn in a year. All this from players who are idols for hundreds of thousands of school children.

Barton was released from prison early on July 28th, just in time to regain his fitness and be playing in the Premier League come the first day of the season.

Ronaldinho made a mockery of Manchester City’s pursuit 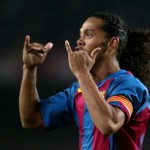 Manchester City proved that they’d clamber, almost fall to their knees, to satisfy the needs of another footballer this summer – a player by the name of Ronaldinho. They spent months and were prepared to spend £22m to lure the former FIFA World Player of the Year to Eastlands. Alas, they failed.

The Brazilian barely figured for Barcelona last season and over the last three seasons, the player has been out of shape and out of form. He’s favoured a playboy lifestyle to performance on the pitch, forcing the Barca to cash in on their once-favourite son. Had Ronaldinho been a stronger character, he’d still be gracing the Nou Camp to this date. As Spanish football expert Graham Hunter told the BBC in May:

“There is intense disappointment all round, whether it be the fans, media or the [Barcelona] board, with the way in which he (Ronaldinho) has handled the decline in his own physical prowess.”

City, it would seem, have had a lucky escape.

Talks to sign Ronaldinho began in April, yet the player couldn’t give City a simple yes or no response to their generous contract offer until July 17th. Obviously Ronaldinho didn’t believe it necessary to dignify City’s six-figure offerings until then. The club resorted to acting like a tabloid journalist desperate for a story: “We’ve got a 50/50 chance of signing Ronaldinho” said chief executive Gerry Cook hopefully on July 3rd.

All this effort to sign an individual more interested in his next night club than next football club. Once upon a time clubs had the power to offer a contract followed by the phrase ‘take it or leave it.’ 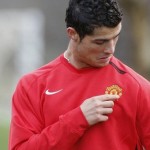 Today’s footballer doesn’t answer to anyone, not least their employer. Manipulating a move to a new club has become easier than putting in a transfer request and criminal behaviour is unlikely to affect your 40,000+ a week pay packet.

You don’t need to show commitment to a club that has given you your big Premiership break or dignify a team that are prepared to do anything to have you play for them with a simple communication. All this and still the head of FIFA, the game global governing body, believes these over-lavished, loyalty-devoid individuals are treated like ‘modern slaves’ (1, 2 and 3).

Football doesn’t want to admit it, but its players have become bigger than the teams they play for. Bigger than the leagues they ply their trade in and bigger than even the national teams they are selected for. Even the biggest clubs and nations have gone soft to unreasonable demands and behaviour as they strive for success.

Player power is here to stay and just like their clubs, fans have been forced into positions where they have to just grin and bear it.