West Brom and England goalkeeper Ben Foster has chosen Luis Suarez as his Premier League ‘Player of the Year’. 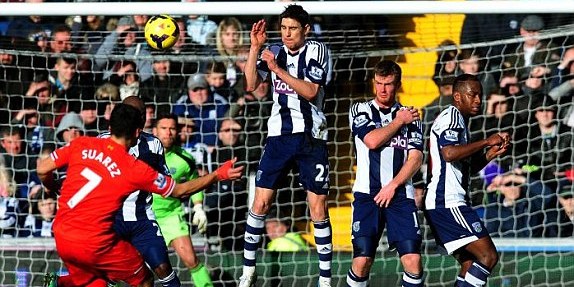 The shot-stopper revealed his selection on Twitter, along with Southampton’s Luke Shaw for ‘Young Player of the Year’, and his ‘Team of the Year’ selection.

No West Brom players feature in his team, and neither does a single Arsenal player! Chelsea’s Eden Hazard and Manchester City’s Yaya Toure are the obvious selections, with Liverpool captain Steven Gerrard also making the cut; but a few unexpected players feature in Foster’s best XI.

Check out his choices below…

My @premierleague Team of the Season….. pic.twitter.com/ja0Ts3YKaO

What do you think? Agree with Foster? Let me know in the comments below…