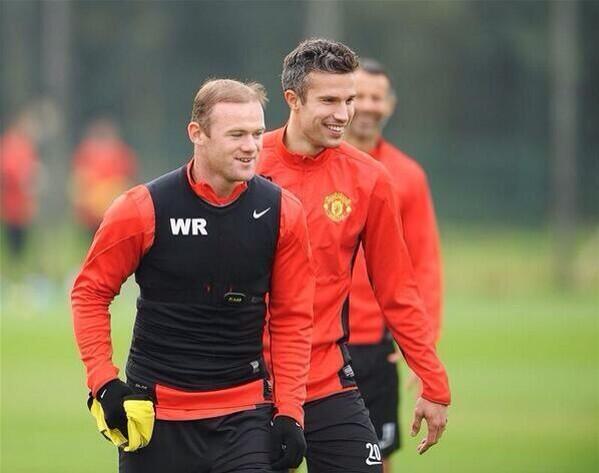 Manchester United fans can breath a sigh of relief. Both Robin van Persie and Wayne Rooney have been pictured taking part in full training today, with the strikers set to return to first team action.

The duo have been sorely missed, with United struggling badly in their absence. The 3-1 defeat at Chelsea last weekend highlighted this, as their makeshift strike-force of Adnan Januzaj and Danny Welbeck unable to really test the Blues back line.

Wayne Rooney has been out since the beginning of the month with a groin problem, while Van Persie has only played one Premier League game since the start of November, having struggled with a problematic thigh injury.

Van Persie could make a return next Tuesday in the Premier League against Cardiff, while the Daily Mirror claims that Rooney will play in tonight’s League Cup semi-final second leg against Sunderland.

With four defeats from their last five games, their return to the first team fold could breath new life into United’s bid for a top four finish.

What do you think? Can the pair fire United into the top four? Let me know in the comments below…