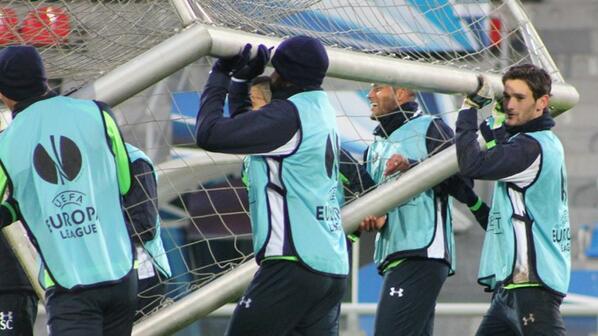 Tottenham Hotspur will face Russian outfit Anzhi Makhachkala in the Europa League tie on Thursday at the Saturn Stadium, looking to earn full three points and claim the top position in the group.

Spurs official twitter account has posted some brilliant pictures of training ahead of the match, where players were seen practicing at just 3°c.

Facing the chill: temperatures are at just 3°c as the lads training in the Saturn Stadium, Ramenskoye yesterday #THFC pic.twitter.com/AINP32sQtU

Training at the Saturn Stadium in Russia where we face Anji Makhachkala tonight #THFC pic.twitter.com/KCuWhSfjds

The record is in sight: @IAmJermainDefoe is just 2 goals behind Martin Chivers as our all-time European goalscorer pic.twitter.com/YA0I8N1sKm

Check the video of the training below…