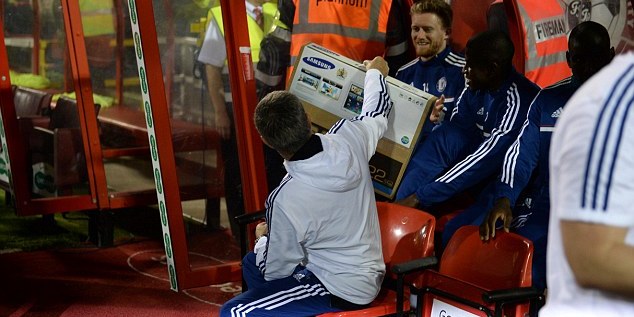 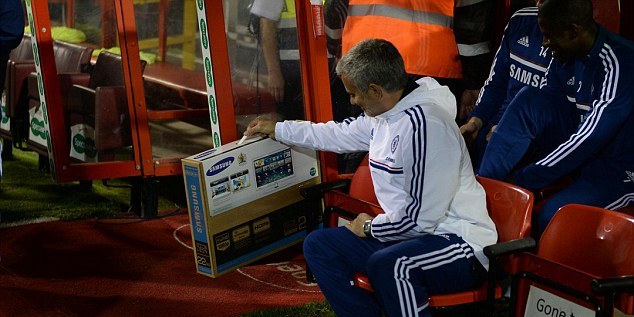 Swindon like Chelsea are also sponsored by Samsung and therefore the Special One was handed the electronic set, but it seemed he wasn’t too interested and presented Schurrle the flat screen television instead.

The German star remained as unused substitute in the match while Ramires, who was sitting beside him, was brought on for the injured Marco van Ginkel early on in the first half. The Brazilian scored a brilliant goal to give Chelsea a convincing 2-0 victory, after Fernando Torres put the visitors ahead.

Schurrle also posted a picture of him with Ryan Bertrand on Twitter after the match. He wrote on Twitter: