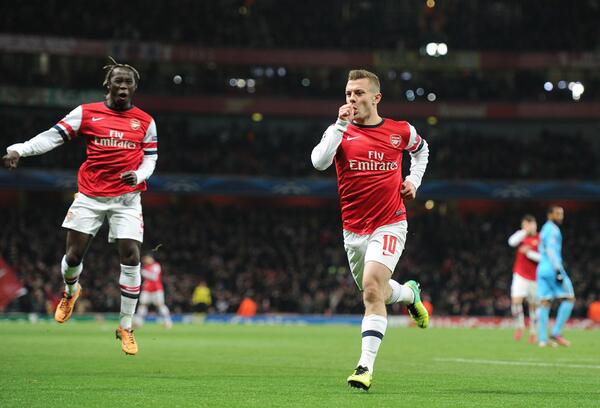 Arsenal maintained their position at the top of Group F in the Champions League, after the Gunners earned an emphatic 2-0 victory over French outfit Marseille.

Midfielder Jack Wilshere scored twice for the Gunners while Mesut Ozil missed a penalty as the Gunners enjoyed a comfortable night at the Emirates Stadium.

Wilshere opened the scoring for the Gunners within 29 secs of the match, when he broke down the right and curled a shot into the top corner after cutting inside his man in the penalty box. 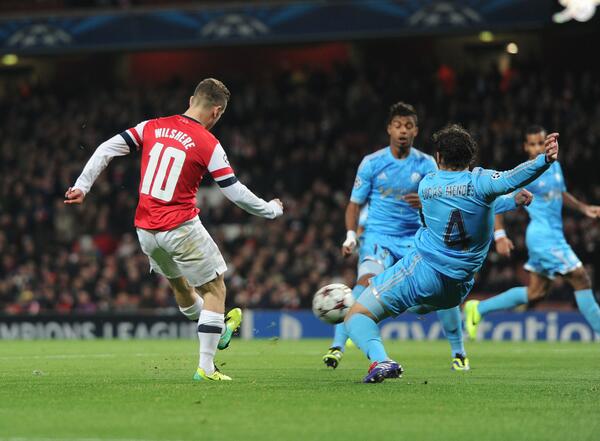 In the 66th minute of the match, Aaron Ramsey found Mesut Ozil with a brilliant pass, whose clever loss cross was neatly converted by the Englishman.

However, Arsenal are yet to qualify to the next round despite the victory. Borussia Dortmund have earned a 3-1 victory over Napoli and the Gunners just need to avoid a defeat at Naples in the final match to progress to the knock out rounds.