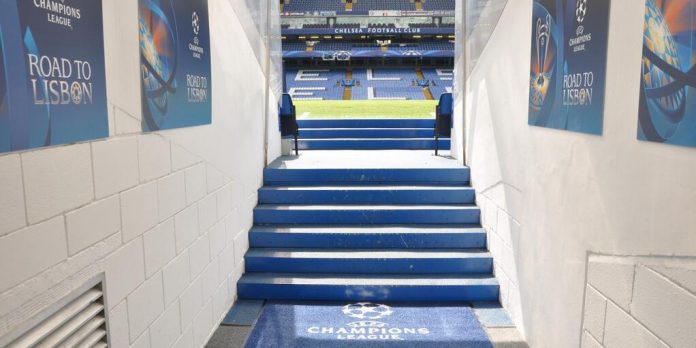 We are only hours away from the second leg of Chelsea vs Atletico Madrid, with the two sides set to slug it out for a place in the Champions League final against the ominous-looking Real Madrid.

They await either Chelsea or city rivals Atletico Madrid in Lisbon, and with not long before kick-off at Stamford Bridge, the Blues have released a photo of the view from the tunnel on their official Twitter account, with ‘Road to Lisbon’ brilliantly emblazoned on the walls and carpet.

It is sure to fire up the two sides, with Jose Mourinho hoping to oust the la Liga leaders, and book a flight to Portugal for the final against his former employers.