Lukas Podolski scored a fine brace as Arsenal brushed aside their FA Cup final opposition, Hull, by 3-0 at the KC Stadium on Sunday.

The Gunners ran out comprehensive winners as Aaron Ramsey opened the scoring for the travelling side before Podolski’s brace was enough for Arsene Wenger’s men to grab full three points.

Ramsey’s well driven finish setup the encounter following a fine layoff from Santi Cazorla the Gunners while Podolski thundered in from Ramsey’s chest cushioned cross. The German then made the scoreline emphatic as he slotted in from just seven yards out in the second half. 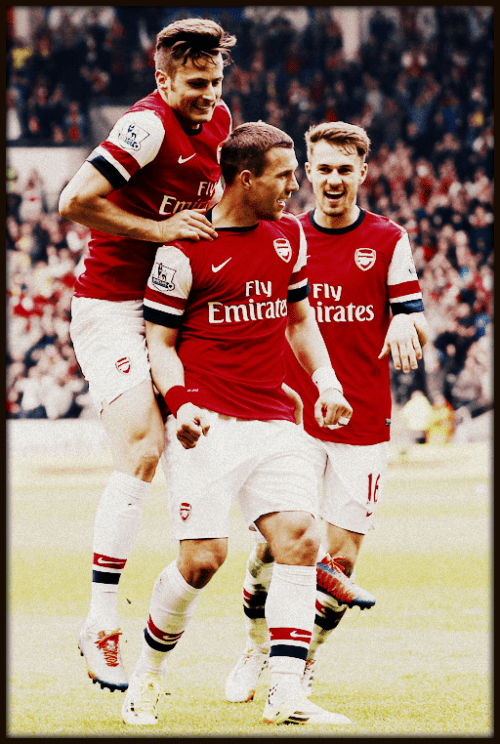 What do you think? Will Arsenal get that fourth Champions League spot? What did you think of today’s performance? Let me know what you think in the comments below…