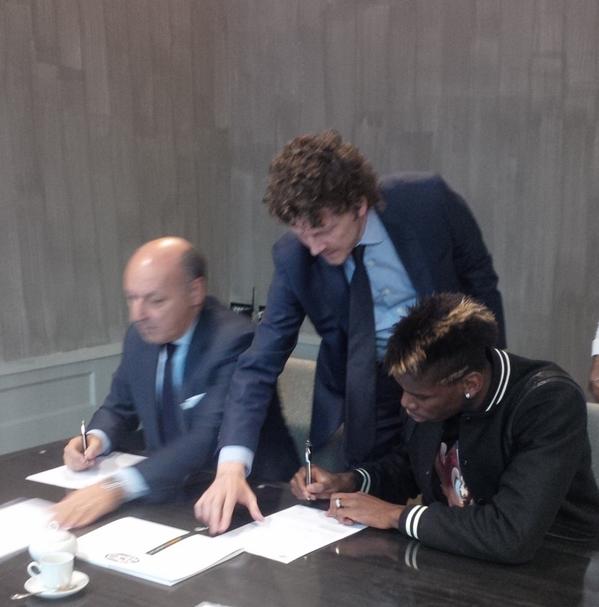 The final formalities to Paul Pogba’s contract extension at Juventus have been completed and the Frenchman has signed the extension keeping him in Turin till 2019. His previous contract would run out in 2016. After fending off interest from Premier League clubs like Manchester United and Chelsea in the summer, Pogba has expressed his wish to continue as a part of the Old Lady in the long-term.

The new contract sees his wages almost tripled to £70,000.

‘Just signed my new contract with Juventus. I want to thank the club for the trust and the tifosi for their support’, along with the photograph of himself putting pen to paper to the new deal.

The 21 year-old combative midfielder who was, ironically enough, a part of the Manchester United youth academy, joined Juve from the Red Devils in 2012. He has gone on to make a big impression, establishing him as one of the best central midfielders in the world.

Pogba is exactly what  United need at the moment to shore up a lightweight midfield.

From recent developments though, it doesn’t seem like they are going to get their man anytime soon.