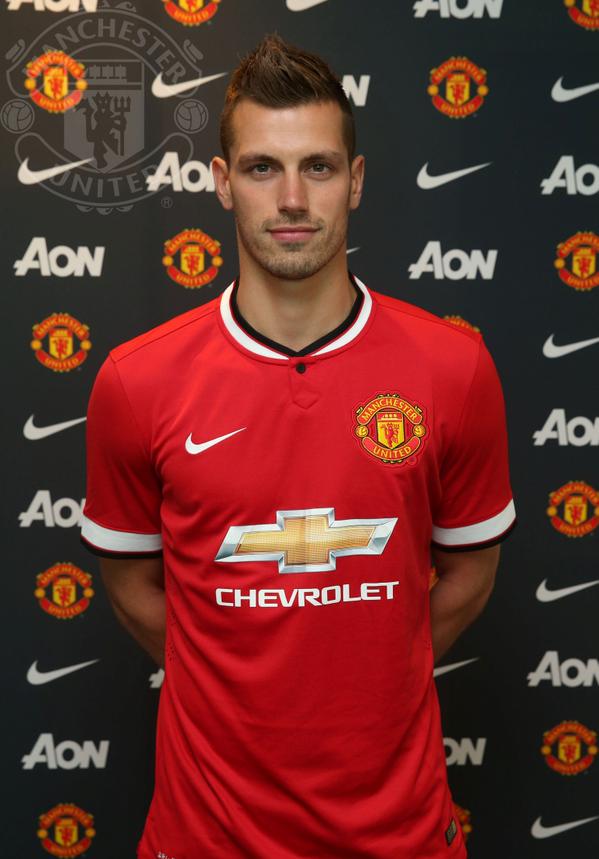 United agreed a £25m deal to sign the Frenchman and the former Saints man becomes the fourth summer signing for the Reds alongside Schweinsteiger, Depay and Darmian and has now been unveiled at Old Trafford before the Red Devils jet out for their pre-season tour.

Morgan Schneiderlin said: “I am delighted to be a Manchester United player. Once I learned that United were interested in signing me, it was a very easy decision to make. I have enjoyed seven very happy years with Southampton and it’s a club that will always be in my heart. But the chance to be part of this squad to help this great club be successful was too good to miss.

“I’m excited to be starting that journey on our trip to the USA. I know what Manchester United means to fans all over the world and I’m looking forward to experiencing that.”

Louis van Gaal said: “Morgan is a very talented player with great energy and ability. His skills will complement the players that we already have and I am very pleased that we have been able to complete this deal before the tour to the United States. That training camp will be very important in our preparations for the new season and gives Morgan and the other players a chance to show our fans what they can achieve together.”

Schneiderlin has signed a 4 year deal at Manchester United with the option of extending it for another year.

The former Southampton midfielder will add much needed energy and defensive solidarity to Manchester United’s midfield and will perfectly compliment the abilities of Herrera and Schweinsteiger.