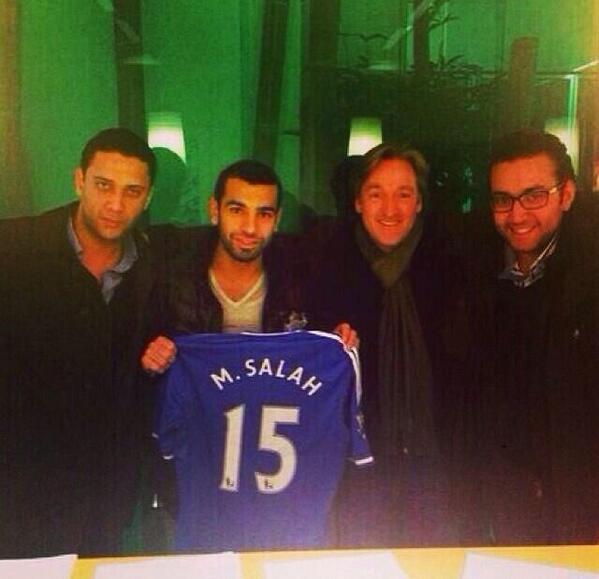 Chelsea have completed their third signing in the January transfer window, after the Blues have signed Egypt midfielder Mohamed Salah from Swiss champions Basel for a fee in the region of £11m.

The 21-year-old who was also a target of Liverpool has signed a five-and-a-half year deal and will wear the number 15 shirt.

Salah made 47 appearances for former club Basle, who he joined in June 2012, scoring nine goals. The Blues moved quickly to sign him after they sold Juan Mata to Manchester United for £37.1m on Saturday.

“I’m very happy to sign for Chelsea. I hope I can make the Chelsea supporters happy and have a good career at the club for many years,” said Salah as quoted by BBC.