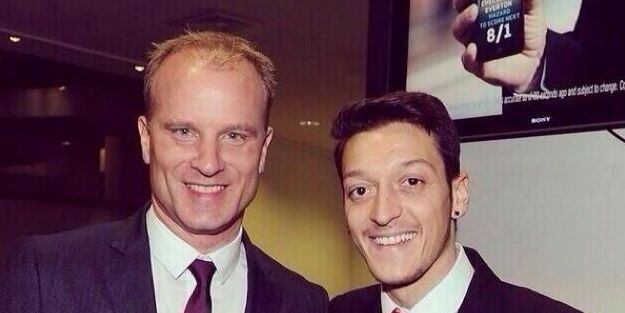 Mesut Ozil may be having a tough time of it of late, but he still has plenty of time to get back on the horse, something former Gunners striker Dennis Bergkamp, an Arsenal stalwart of over 10 years, would strongly endorse.

Indeed, Ozil and the ‘Non-flying Dutchman’ chanced a meet at the Emirates on Saturday, following the unveiling of a statue in the now legendary Bergkamp’s honour. 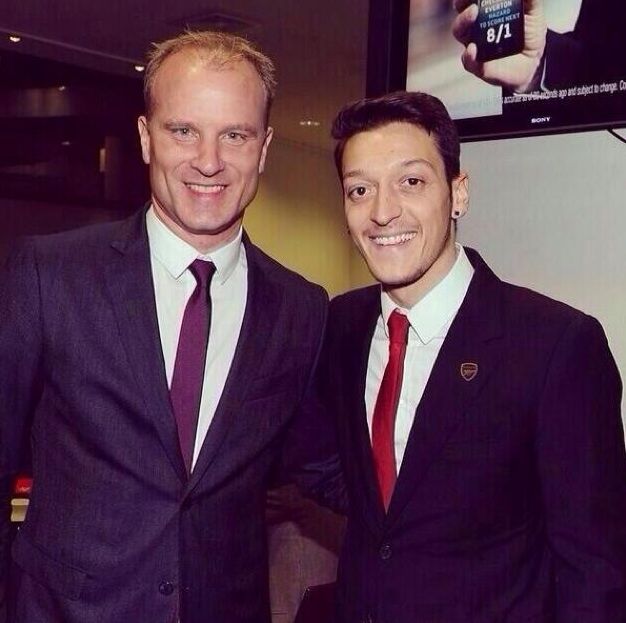 Ozil was not in the match-day squad for the 4-1 win over Sunderland, with Wenger affording the German international a break from the spotlight, following his atrocious penalty miss against Bayern Munich last week; arguably the climactic moment of a series of underwhelming performances from the Gunner’s record signing.

Bergkamp, who played over 300 games for the North London side, was once faced with a similar predicament, having suffered greatly after an FA Cup penalty miss vs Manchester United back in 1999.

The now-Ajax coach never took a penalty again, and Arsene Wenger hopes Ozil can take inspiration from the sight of the Dutchman’s statue at the front of the ground,

“I believe that at the moment I have to let him (Ozil) recover from that (miss). I have seen this before with Bergkamp, missing in 1999 [in the FA Cup semi-final replay against Manchester United] and refusing after to take any penalties. [But] He gets a statue today.”

Read more – Arsenal honour club-legend with statue at the Emirates

The Gunners’ 2-1 loss in that game is one of the most remembered in FA Cup history due to Ryan Giggs’ extra-time goal, which utterly compounded Bergkamp’s miss at the time. 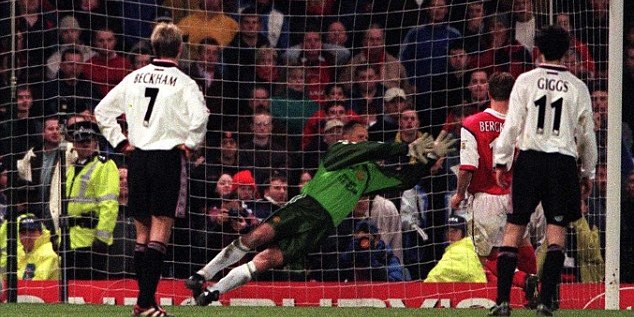 Ozil has reportedly said he will continue to take on the responsibility of dead-ball situations, and considering the current climate around the player, this show of determination will be very welcome to the Gunners faithful.

What do you think? Should Ozil take another penalty for Arsenal? Can he be as good as Bergkamp? Let me know in the comments below…