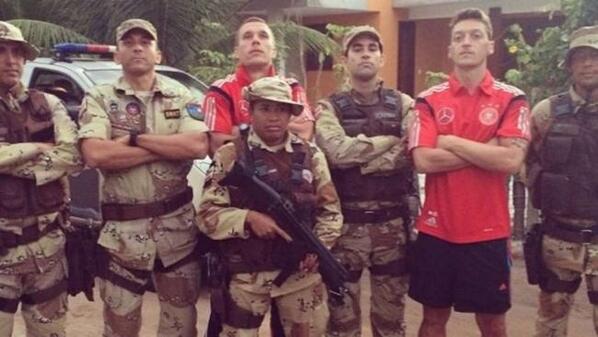 Arsenal and German international duo Mesut Ozil and Lukas Podolski took a time of from their regular routine and managed to take a picture with the Brazilian police.

The two attacking players posed a serious face with the officials and Podolski shared it on his official Instagram page, claiming he and his teammates are feeling safe in South America.

Joachim Löw and his men will begin their World Cup campaign against Cristiano Ronaldo’s Portugal at Salvador’s Arena Fonte Nova on Monday for Group G fixture.