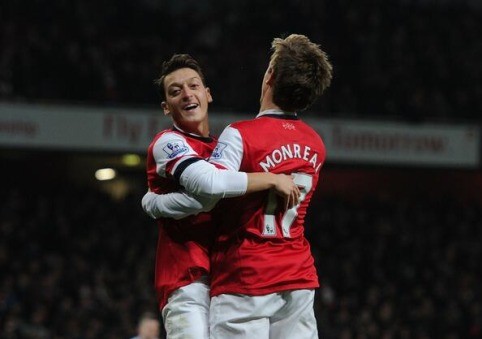 Arsenal earned yet another convincing victory, as they defeated Hull City 2-0 at the Emirates and kept their four-point lead at the Premier League summit. 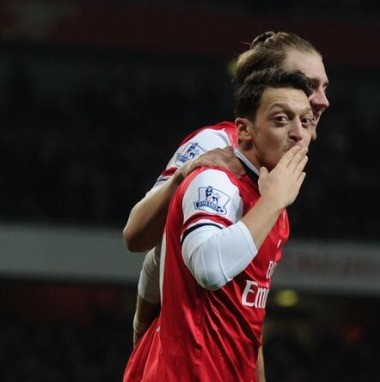 Danish striker Nicklas Bendtner opened the scoring for the Gunners in the second minute of the match, when he headed in Carl Jenkinson’s cross.

Arsenal superstar Mesut Ozil made it 2-0 in the second half, after Aaron Ramsey found him with wonderful reverse ball. Monreal was also involved in the build up to the goal but Ramsey’s deft pass made all the difference.

The Gunners were totally dominant in the game – they had 67% possession, 20 shots and 11 corners. With that victory, the Gunners have now secured six straight league wins at home.