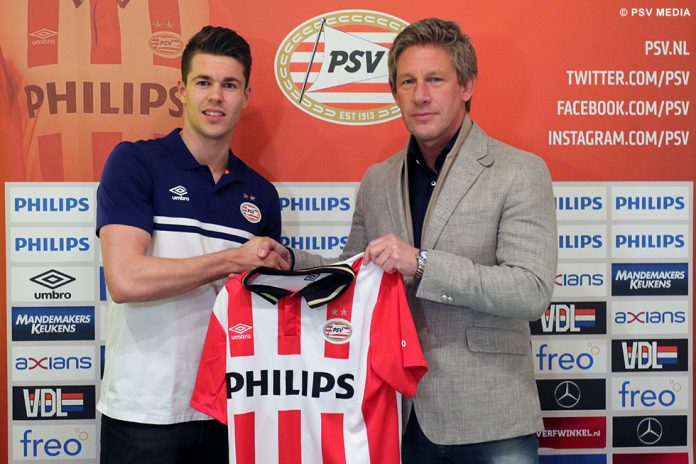 Chelsea midfielder Marco Van Ginkel has joined the Eredivisie champions PSV Eindhoven on loan for the remainder of this season.

Van Ginkel joined Stoke City on loan at the start of the season but the Mark Hughes decided to break the bank for Porto midfielder Giannelli Imbula yesterday night.

Imbula’s arrival means the first team opportunities for Van Ginkel are now limited at Stoke and, therefore, the midfielder has decided to cut short his stay at the Britannia Stadium and head to Holland in search of regular first team football.

The 23-year-old Chelsea midfielder was regarded as one of the finest central midfield talents in Europe when he joined Chelsea from Vitesse Arnhem back in 2013. Van Ginkel was expected to be fast-tracked into the first team that year, but the Dutchman damaged his cruciate ligament and missed seven months of football.

Van Ginkel has made 21 appearances for Stoke City this season and will now continue his development with PSV Eindhoven.