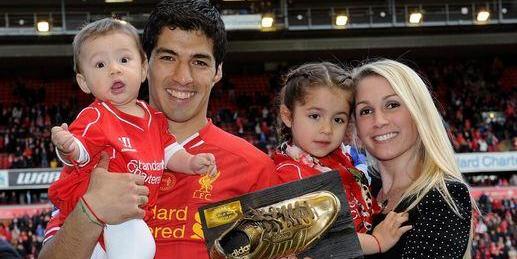 The 2013/14 Premier League season is over. Manchester City have been crowned the Champions of England for the second time in three years, while Liverpool finished second.

It was an amazing season for the Reds, who surpassed all expectations to reach this far. Liverpool have made a gigantic progress under Brendan Rodgers, with hope and pride restored at this iconic club once again.

On an individual note, the club should cherish some of the brilliant solo performances of their players. Luis Suarez, who has won the PFA and PFWA player of the year already, has been awarded the Golden boot for scoring 31 league goals this season.

The Uruguayan, who missed the first five games of the season through suspension, has also bagged 12 assists to his name. Take a look at this picture, where he poses with his family holding the Golden Boot with his right hand. 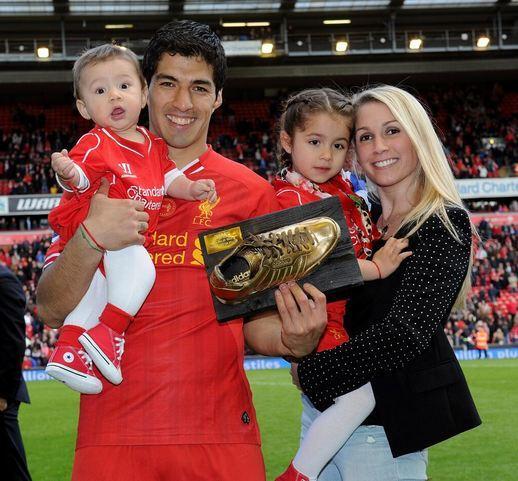