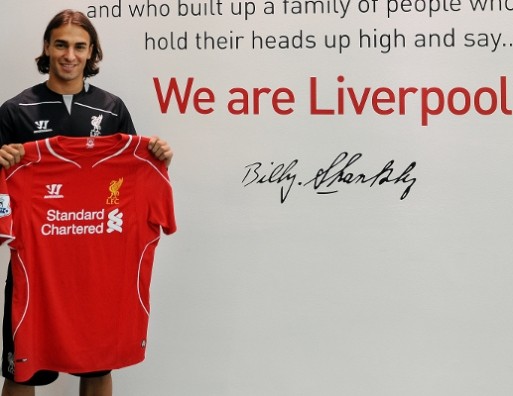 Liverpool have completed the signing of 20 year old Serbian Lazar Markovic from Portuguese giants Benfica. the player becomes Liverpool’s fourth signing of the summer after the Reds already acquired the services of Rickie Lambert, Adam Lallana and Emre Can for next season.

The deal for the player is believed to be €25m, of which Benfica will receive €12.5m as they own 50% of the player’s economic rights.

The Reds manager Brendan Rodgers believes that the club has added a player of proven quality. “This is an exciting signing for us and one that improves our squad, in terms of attacking options, for the coming season.”

Markovic himself expressed his delight in signing for the Anfield outfit, “I am very happy that I have joined such a great club. I hope that I will fulfil the expectations of the supporters, coaches, players and all connected to the club.”

“The Premier League is the strongest league in the world, and so I am very happy to be here.”