PHOTO: Lampard and Hazard on target, Chelsea win yet again

Chelsea overcame a spirited Sunderland at the Stadium of Light on Wednesday, coming out 4-3 winners after a dramatic encounter.

Eden Hazard then took the game by the scruff of the neck with two fantastic goals, either side of a John O’Shea effort. 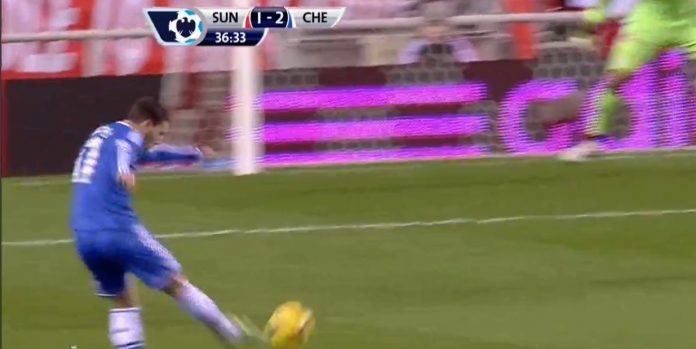 Hazard’s smashed in two similarly unstoppable efforts from the left, in what was arguably his best outing for the Blues since his move in June 2012.

With 12 successful dribbles, and a pass completion ratio of 91%; Hazard was the star of the show, and were it not for him, the Blues could have fallen victim to a sprightly Sunderland.

There was time still for Sunderland’s Phil Bardsley to score at both ends; with Sunderland then coming very close to snatching a precious equaliser in the six minutes of stoppage time at the end of the match.

But the Blues prevailed, coming away with three points, which keeps them four points behind Arsenal at the top; the Gunners beating Hull City, 2-0 at the Emirates.