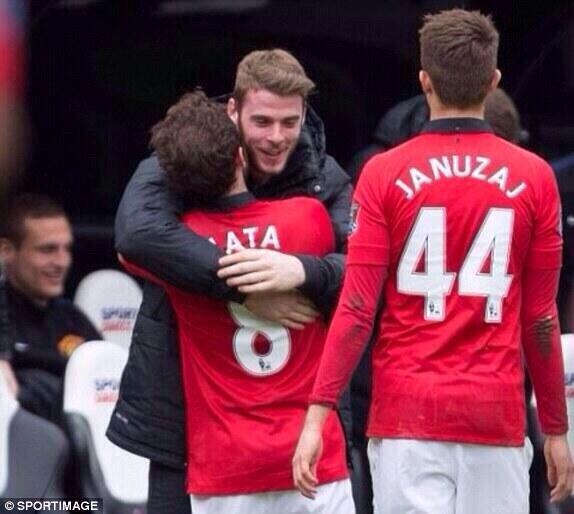 Manchester United secured their fourth successive away victory in the Premier League, as they comfortably beat Newcastle United 4-0 at the St. James’ Park.

Juan Mata produced yet another strong performance for the Red Devils and secured the Man of the match award for his finely taken brace.

In the 39th minute, the Spaniard exquisitely curled a 20-yard free-kick into the top corner to give United the lead.

In the second half, Mata added another with a cool finish, while Javier Hernandez and Adnan Januzaj added two further goals against a lacklustre Newcastle side.

After the first goal, Mata ran towards team-mate David de Gea (was on the bench today), who hugged him in ecstasy.  Check that wonderful picture below…