Chelsea are the new holders of the Capital One Cup. The Blues earned a convincing 2-0 victory over London rivals Tottenham to seal the trophy their own.

It was Jose Mourinho’s first trophy since he returned as a Chelsea boss in his second spell.

John Terry opened the scoring for the Blues, and Diego Costa doubled the lead in the second half. 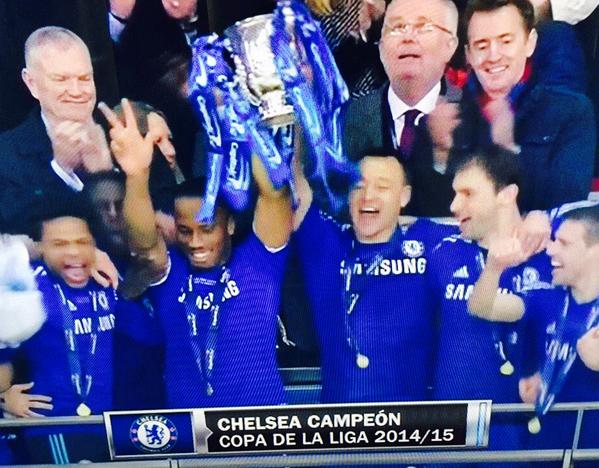 We got a good snap & the video here. Two club legends – Terry & Drogba lifting the Capital One Cup trophy at the Wembley.

Terry and Drogba lift the cup