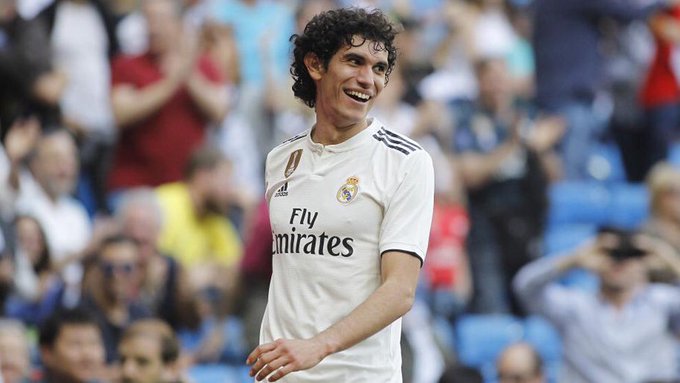 Wolves are set to confirm the signing of Jesus Vallejo on loan from Real Madrid.

The young centre back will be their first summer signing.

The player was present at Molineux during last night’s game against Crusaders in the Europa League.

And here’s the new guy, Jesus Vallejo, at Molineux tonight (two seats away from Jorge Mendes). Season long loan to be announced before long #wwfc

Nuno’s side were quite mediocre at the back last year and it is no surprise that he wants to improve his defence before the start of the new season.

It will be interesting to see how the 22-year-old defender does in the Premier League. He will need time to adapt to English football.

However, there is no doubt that he has the talent to shine at this level.

Vallejo needs regular first-team football at this stage of his career and therefore the move makes perfect sense for him.

As for Wolves, they get to sign some depth without spending a lot of money.

Wolves will be playing European football next season and they will need a bigger squad with more quality.

They will be up against quality European attacks and signings like Vallejo will help them cope at that level.

The Premier League side have been linked with the likes of Ruben Dias as well.