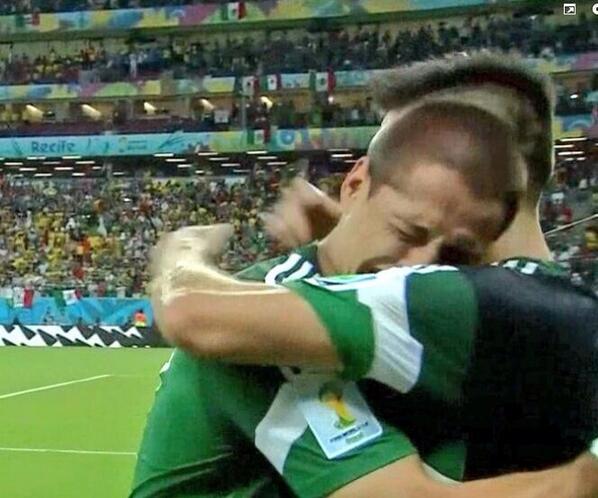 World Cup football is the biggest platform for any professional footballer on earth. The passion emanating from players fighting for nation for the sake of glory is something that makes us feel that football is not just another sport; it is something more than that – may be ‘more than life and death’.

Mexico progressed to the next round of the World Cup after defeating Croatia 3-1, where Manchester United striker Javier Hernandez scored his first goal of the tournament.

Hernandez has had a frustrating season at Manchester United, making only six league starts this season. It is due to this lack of game time, he finds himself warming the bench for his national side as well.

The scenario didn’t change against Croatia, but in a match where victory was needed for Mexico to qualify to the next phase of the tournament, the 26-year-old proved to be a super-sub, killing off Croatia with a close-range header. It was also his first in eleven games for his country.

After the match, Hernandez couldn’t check his emotion, as you can see in the picture below. Mexico will face the Netherlands on Sunday in Fortaleza, after the Dutch secured top spot in Group B with maximum points.