Chelsea suffered a huge blow in the Premier League title race after losing out 2-1 at the hands of Sunderland at Stamford Bridge.

As a result of the defeat, Chelsea will go 5 points behind Liverpool, should the Reds win their match against Norwich tomorrow.

Liverpool fans have other reasons to celebrate, as not only the defeat puts an end to Jose Mourinho’s unbeaten PL record at the Bridge, but the winner came from their own player Fabio Borini, who joined the Black Cats on loan this season.

With scores settled 1-1, Sunderland earned a penalty after Cesar Azpilicueta brought down Jozy Altidore in the box, though the decision was highly controversial. Stepped up Borini who made no mistake in netting the winner. 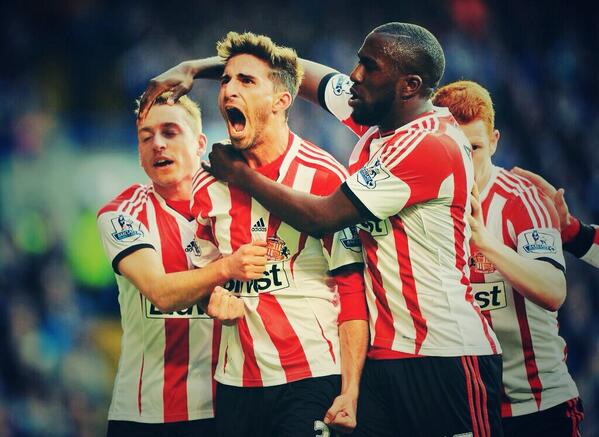