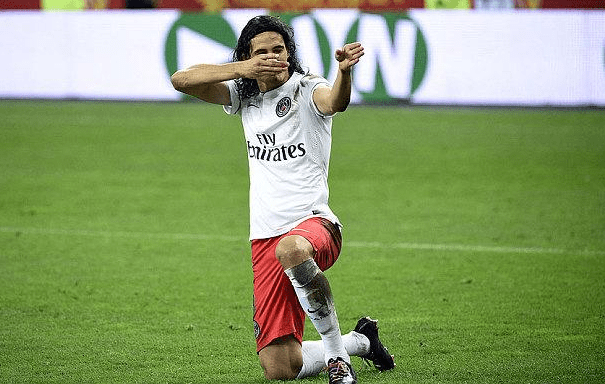 Edinson Cavani was given marching orders for celebrating a goal with gun toting gesture, as PSG beat struggling Lens 3-1 at the Stade de France on Friday.

Nasser Al-Khelaifi, the PSG president, has criticised this controversial decision, insisting that Cavani was wrongly given yellow card as the Uruguayan always does the same celebration.

‘It is the media’s job to speak about the referee,’ he said to Canal +.

‘Cavani does not deserve that red card. And why has he got a yellow before? He always does the same celebration.

‘This is not normal and it is not good for French football if we want to develop. It is a bad situation for everyone.’

Cavani is a long term reported target of Premier League giants Chelsea, Arsenal and Manchester United. The Parisiens moved up to second in the league table with 18 points from 10 games, still four points behind Marseille who have a game in hand.