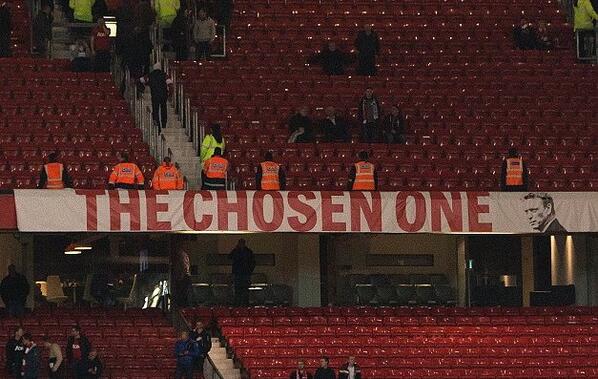 Manchester United fans were left frustrated with yet another derby defeat last night, as David Moyes’ side were humiliated 3-0 by Manchester City at Old Trafford.

It sparked fury among the Old Trafford faithful, with some fans directed their anger towards Sir Alex Ferguson, who played a major role in appointing his successor, David Moyes.

Moyes has always acknowledged the support he has received from the Manchester United fans. However, last night stewards were deployed to safeguard the ‘Chosen One’ banner hanging on upper tier of the Stretford End to prevent fans removing it.