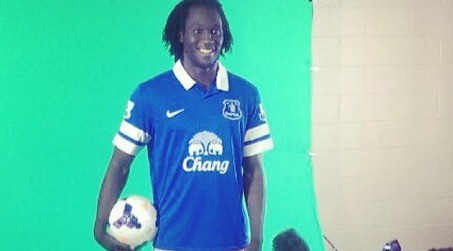 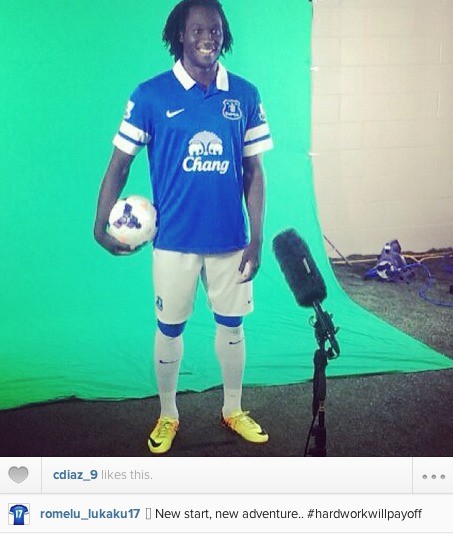 Chelsea youngster Romelu Lukaku, who has joined Everton on a season long loan has posted a picture of himself wearing Everton jersey, with a message written – “New start, new adventure…#hardworkwillpayoff”

“I think it’s fair to say that our opening three performances in the league have been really, really good, but all they have been lacking is that goal, the ball hitting the back of the net,”

“The fans realise that and when you see a player arrive who is capable of doing that it excites you.

“He could be that little piece which completes the puzzle.

The 20-year-old joined the Blues from Belgian club Anderlecht in 2011 and spent the last season on loan, where he scored 17 league goals for West Brom.

Jose Mourinho has heaped high praise on him in the pre-season and said the Belgian holds an important place in his future plans. However, following the arrival of Cameroon striker Samuel Eto’o in the summer, the Portuguese decided to send Lukaku on a season long loan again. He joined Everton on the transfer deadline day.