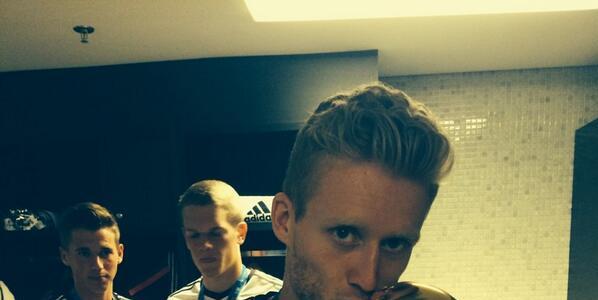 Germany beat Argentina 1-0 in the 2014 World Cup Final in the Maracana last night, with Bayern Munich man Mario Gotze scoring a late volley, set up by the tireless Andre Schurrle on the left flank, and the Chelsea winger couldn’t resist posting a picture of himself and the glistening trophy on Twitter! 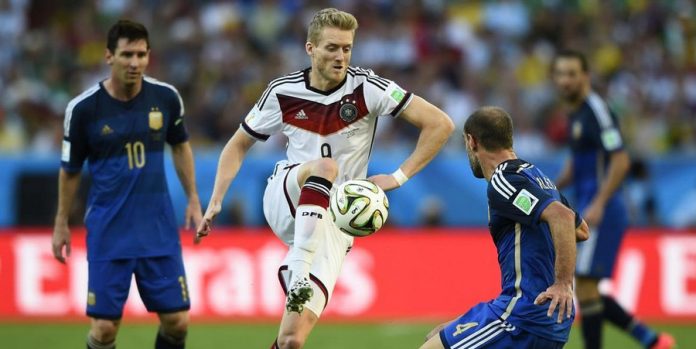 With just seven minutes left of extra-time, Chelsea attacker Schurrle sped down the left and whipped in a perfect ball for Gotze to seal the dramatic win, and the 23-year-old proclaimed it as the ‘best day of my life’ on Twitter, coupled by a photo of him kissing the famous trophy in the dressing room:

Schurrle had come on in the first half for the injured Christoph Kramer and made the most telling of impacts, rounding off what was a superb individual tournament for the young Blues attacker. His showing this summer may well have made Jose Mourinho rethink his options for next season, with Schurrle’s form surely deserving of a place in the Portuguese’s starting XI at Stamford Bridge.