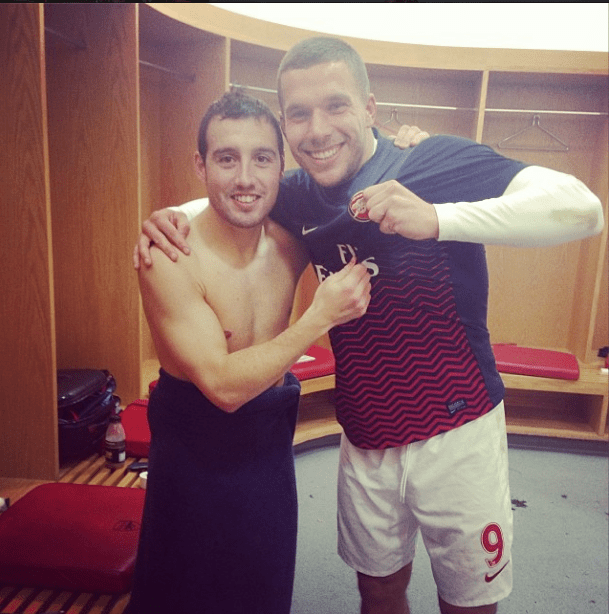 The juggernaut rolls on. Arsenal maintained their top position in the Premier League, with an emphatic 2-0 victory over London rivals Fulham at the Emirates.

The visitors did well to frustrate the home sides in the first half and kept the scoreline 0-0 before going into the break.

In the second half, Arsenal pressed hard and got their deserved goal when Spaniard Santi Cazorla gave them the lead with an excellent finish, after brilliant interchange of play involving Jack Wilshere.

The Gunners doubled their lead shortly through Cazorla again. It was the Spaniard’s third goal of the season in the league. After the match, Lukas Podolski posted a picture of him with Cazorla on instagram.