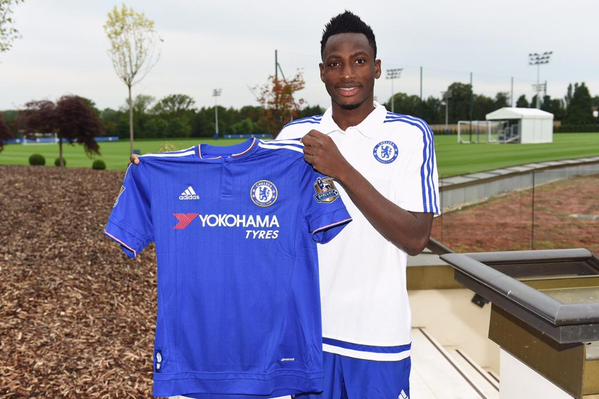 Chelsea have announced the signing of Baba Rahman from Augsburg.

The African left back has signed a long term deal at Stamford Bridge and was unveiled this evening, after having completed his first training session with Jose Mourinho and his new teammates.

Baba Rahman also claimed that he has joined Chelsea to win trophies and had a message for the Chelsea fans.

.@babarahmangh with a quick message for Chelsea fans… #CFC https://t.co/KDAEzAlNDh

The Augsburg defender also tweeted that he is looking forward to the challenge at Chelsea and thanked everyone for making the move possible.

New home and new challenge,can’t wait to get it going …thanks to everyone who made this possible. pic.twitter.com/pS0r7gfIgc — baba abdul-rahman (@babarahmangh) August 18, 2015

Baba Rahman spoke to the club’s official media after his unveiling and said that his main aim was “to win trophies for the club. Obviously Chelsea won the Premier League last season and I hope we can repeat that, and do even more. That’s what I hope to achieve.”

He also claimed that he is hoping to follow in the footsteps of the several successful African players at Chelsea.

“It’s a big inspiration for me and I’m really looking forward to trying to carry on the pattern of African players doing well for the club. I can’t wait to get started”.