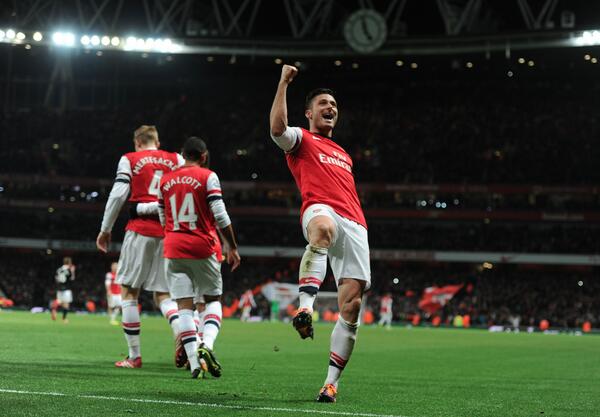 Arsenal moved four points clear at the top of the Premier League table, as they earned a fantastic 2-0 victory over Southampton at the Emirates Stadium.

French striker Olivier Giroud scored in either half for the Gunners as Arsene Wenger’s mean consolidated their position at the top of the league table.

Southampton goal keeper Artur Boruc virtually gifted the opening goal, as we dwelled on a back-pass allowing Giroud to simply tap in.Aaron Ramsey and Jack Wilshere came close in the first half as well, both hitting the post, while Jay Rodriguez went close for the visitors. 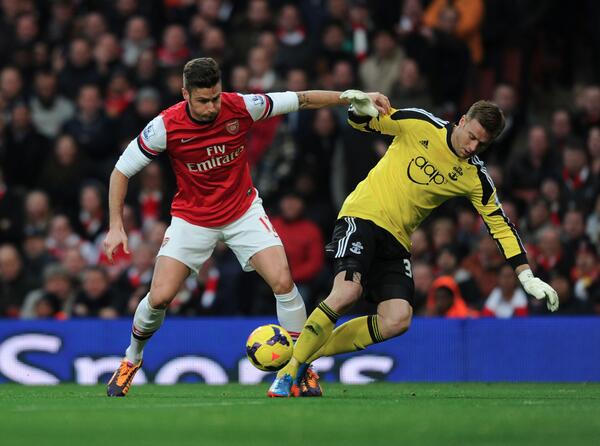 Giroud sealed the winner from the penalty spot after Jose Fonte was penalised for pulling Per Mertesacker’s shirt. Check out the videos of the goal below.