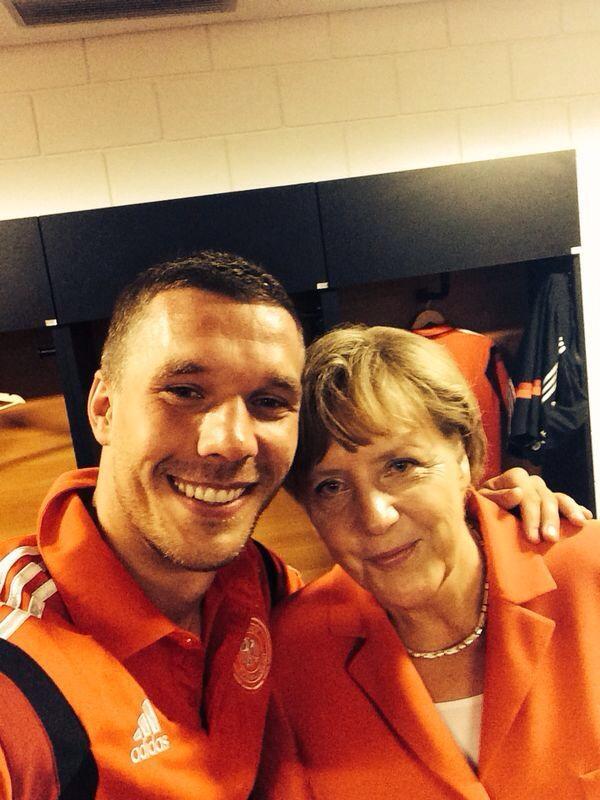 Arsenal star Lukas Podoslki might not be known for being tech savy. But the German star took to Facebook to post a selfie of himself with Chancellor Angela Merkel after Geramny’s crushing 4-0 win over Portugal at the Arena Fonte Nova in Salvador.

For all the goals and videos from the match see here.

Merkel was in attendance for the match and was pictured sitting beside FIFA President Sepp Blatter and UEFA President Michel Platini in the stands. 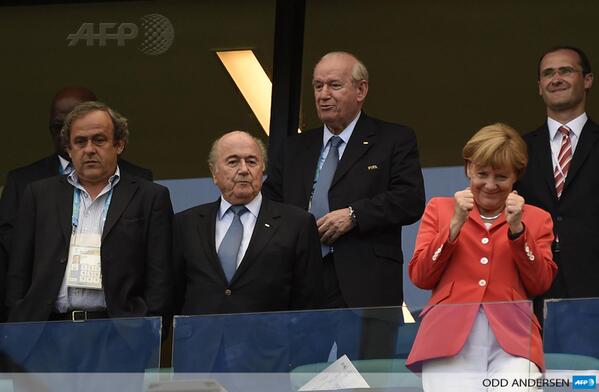 Later the entire German team was pictured having a group photo with Merkel following their brilliant start to the showpiece tournament. 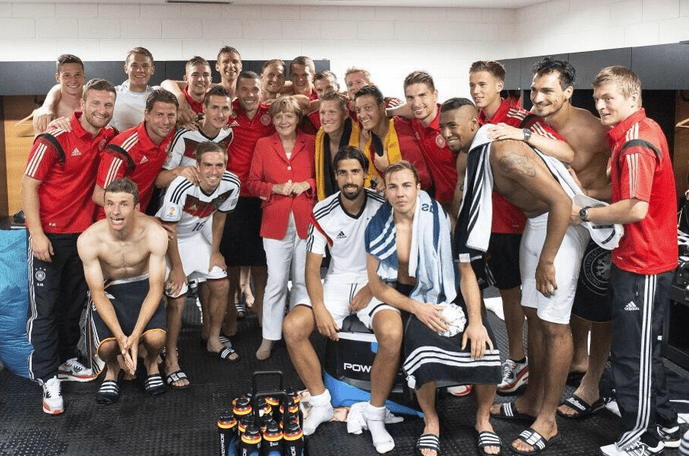 Joachim Loew’s die take on Ghana next in their next assignment on 21st June before the Die Mannschaft face their former coach Jurgen Klinsmann as tehy take on USA in their last group stage encounter.