Substitute Marounne Fellaini scored with a well taken header as Belgium restored parity after Alegria had taken the lead in the Group H encounter at Estadio Mineirao in Belo Horizonte.

Valencia’s Sofiane Feghouli had earlier given Algeria the lead from the spot after he was brought down in the penalty area by Tottenham’s Jan Vertonghen.

Belgium were frustrated for the majority of the encounter but coach Marc Wilmots’ decision to bring on United’s Fellaini paid rich dividends as the former Everton player restore parity from a brilliant cross thanks to Kevin De Bruyne. 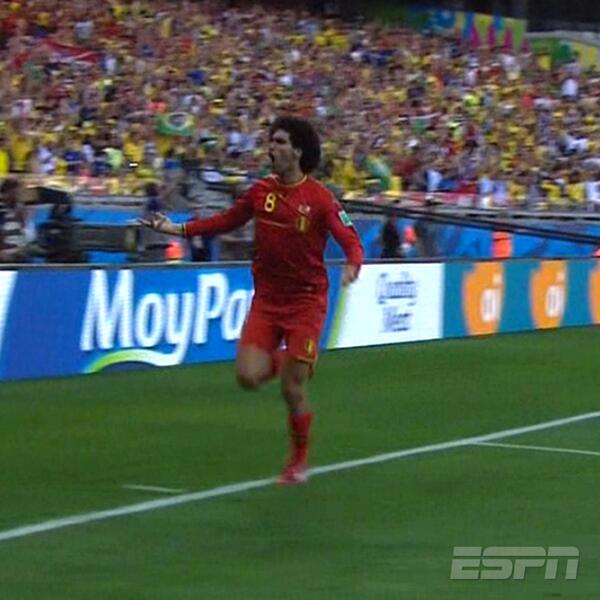 Belgium then went gone ahead as another substitute Dries Mertens curled in a well timed move from the Red Devils as Wilmots’ side edged to a 2-1 win over the African side.