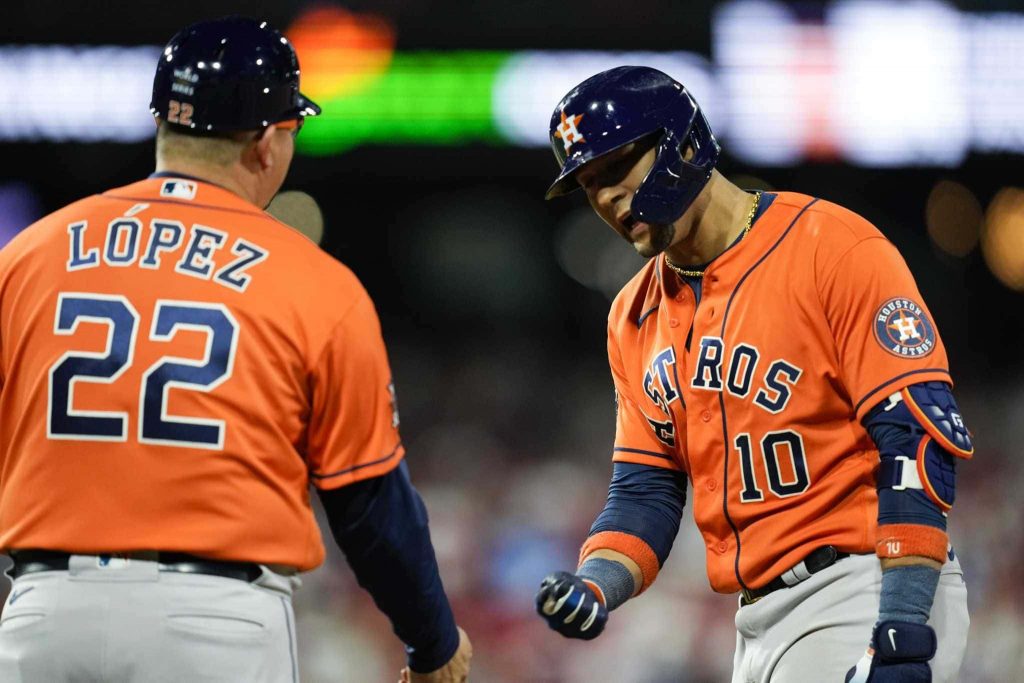 It’s advantage Houston as we enter the penultimate game of the MLB World Series having claimed a 3-2 lead in the fifth match-up. Ready for this evening, we have put together a comprehensive preview complete with our very own picks, predictions and latest MLB betting odds.

Our expert writers at Sportslens have offered up two picks to load onto your bet slip this evening.

Houston can claim their first World Series title in five years this evening in front of their home fans in Texas, and while they are favoured to do just that, we are predicting another low scoring affair.

The Phillies simply have to win to stop the Astros from claiming the Series tonight, but given how relatively low scoring the series has been thus far, we are expecting the Under selection to come through this evening – attempting to predict which team is on the right side of that score remains a challenge in itself.

Back Our World Series Pick With BetOnline

There is a reason Jeremy Pena is the current +115 favourite across sports betting sites to claim the Word Series MVP.

With just one game separating him and another ring, Pena will look to turn on the style once again after a Game 5 masterclass which bumped up a whole host of stats in his postseason performances; four home runs, three doubles and a 1.005 on-base plus slugging.

Jeremy Peña is the FIRST rookie shortstop to homer in a World Series game 🤷‍♂️ pic.twitter.com/S8tYQriIPt

We are confident he will hit the mark here given Pena has registered as least two bases in eight of 12 appearances in this postseason period.