England defender Phil Jones is close to signing a new contract with Manchester United. According to reports from The Times, Jones is expected to sign a four-year-deal this week. United are keen to secure the defender’s future after tying down Chris Smalling to the club, until June 2019.

James Ducker claims that Louis van Gaal is determined to bring in a world class central defender in the summer who can provide experience and leadership at the back. 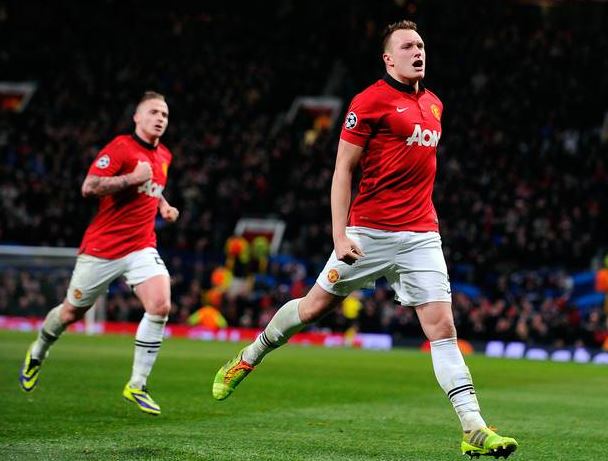 In the past few days, Manchester United have been linked with a move for Real Madrid’s defender Sergio Ramos, who has two years left on his current deal and has yet to sign a new contract with Los Blancos.

United considered Raphael Varane as a potential option, but Madrid have no intentions of selling the French defender at the moment.

Meanwhile, Van Gaal retains a strong interest in Mats Hummels, the Borussia Dortmund defender and Nicolas Otamendi of Valencia. Jonny Evans is likely to make way if United manage to sign a centre-half in the summer.

The Red Devils have also been in talks with Monaco about signing Fabinho, the 21-year-old right back, but the club is reluctant to meet his £20m price tag.