The PFA Player of the Year nominees have been revealed, with a wealth of attacking talent and a goalkeeper up for the prestigious accolade.

However, despite the scintillating showings of these six stars, three names spring to mind due to their omission.

Here are three players that have a right to feel aggrieved at not being considered.

The summer signing of the Spanish playmaker gave Chelsea a creative spark at the start of the season, with Fabregas playing a crucial role in firing the Blues to the top of the table.

The former Barcelona man has contributed an incredible 16 assists this season, a division high, with Diego Costa benefiting as a result.

Although Fabregas’ personal performances have not been as impressive in the second half of the season, his form in the first couple of months seem more than enough to have him on the shortlist.

Manchester City have had a campaign to forget, with the Etihad Stadium outfit’s title defence falling by the wayside since the turn of the year. 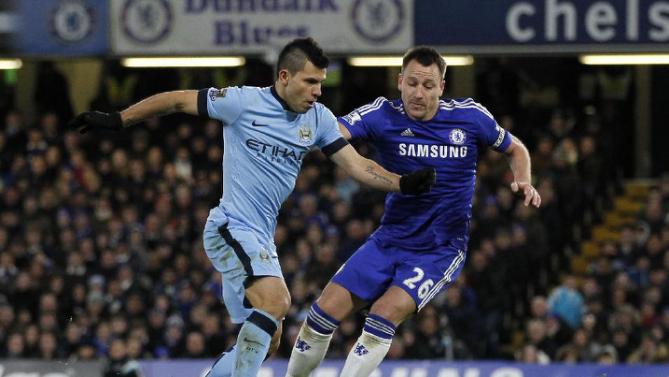 Despite this, Sergio Aguero has remained a consistent threat in Manuel Pellegrini’s attack and has rescued points for City through his individualism on more than one occasion.

The Argentina international is the division’s joint top scorer with 19 strikes, the same as Kane and Costa, and continues to be adjudged as one of the world’s best in his position.

Although City have been sub-par this term, Aguero continues to dazzle.

Chelsea’s attacking stars may well have been lauded in the West London club’s ascent to the top of the Premier League, but it is worth noting the influence that John Terry has had in the team’s defence.

Revitalised under Jose Mourinho, the former England captain is the backbone of the Blues team and continues to act as the club’s talisman through his performances.

With no signs that Terry is starting to feel his age, the veteran centre-half is arguably Chelsea’s most important player and as such deserved a nomination for the Player of the Year award.