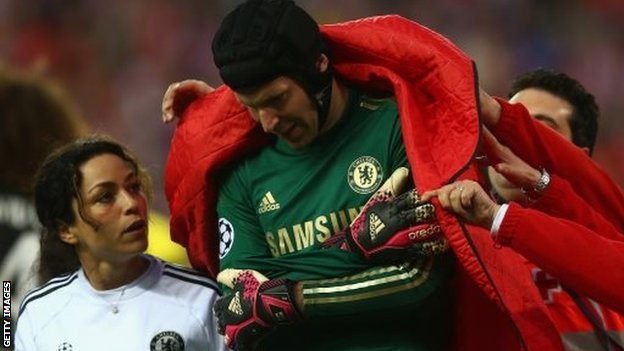 Belgium coach Marc Wilmots has revealed that young goal keeper Thibaut Courtois will return to Chelsea after the World Cup gets over.

Courtois was signed by Chelsea in 2011 from Genk but the Belgian has yet to make any appearances for the Blues. He has spent the last three seasons on loan at Atletico, where he largely impressed.

He was outstanding last season and helped the Rojiblancos win their first La Liga title in many years. Having spent three wonderful years in Spain, where he established himself as a world class keeper, Courtois was not willing to warm the bench at Chelsea that led to intense speculation about his future.

“There is no issue with Thibaut Courtois. He will return to Stamford Bridge soon after the World Cup is over,” said Wilmots as quoted by RTBF.

Courtois himself has admitted that he will return to London in the summer, after he was assured of regular game time by Jose Mourinho.

“I’ve talked to Mourinho in May before the match against Barcelona. He told me what he thought of me; at my age and with the performances I’ve had, I want to play (regularly). I don’t want to be on the bench.”

So, if that is the scenario, Mourinho could face problems accommodating two world class keepers and the possibility of Petr Cech getting the axe can’t be ruled out either. When asked by former Liverpool manager Gerard Houlier if Chelsea were going to sell Cech, the Belgium manager said ‘Yes, it’s possible’

Chelsea have already sold Frank Lampard following the expiry of his contract. Are we going to see another club legend leaving Stamford Bridge this summer?