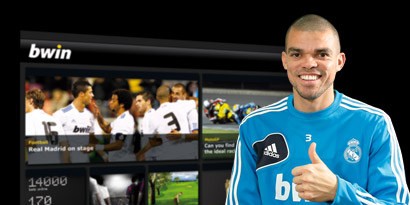 Real Madrid prepare for a tough week with the Copa del Rey semifinal against Barcelona tonight. Jose Mourinho is hoping for his team to put up a show against the Catalans to at least have a chance of winning one domestic trophy after a devastating La Liga campaign this season.

Following the Copa del Rey clash, Real Madrid will head to Old Trafford to face the Premier League leaders Manchester United in the return leg of Round of 16 of the Champions League tie.

The football betting company, bwin, has spoken to the Portugal international and Real Madrid defender, Pepe.

He was asked about the prospects of his fellow central defender Raphael Varane, upcoming El Clasico and what will they have to do to beat their rival and finally the chances of the other two semifinalists – Atletico Madrid and Sevilla – of going through to the final.

Elsewhere, talking to the press, the Argentina international Lionel Messi told reporters that Barca needs to “pull themselves together” if they are to overcome the Galacticos.

Messi has played 23 games against Real and he has scored 17 goals while his Portuguese counterpart, Cristiano Ronaldo, has scored seven goals in his last seven Clasicos. Barcelona and Real Madrid are meeting for the 224th time tonight.