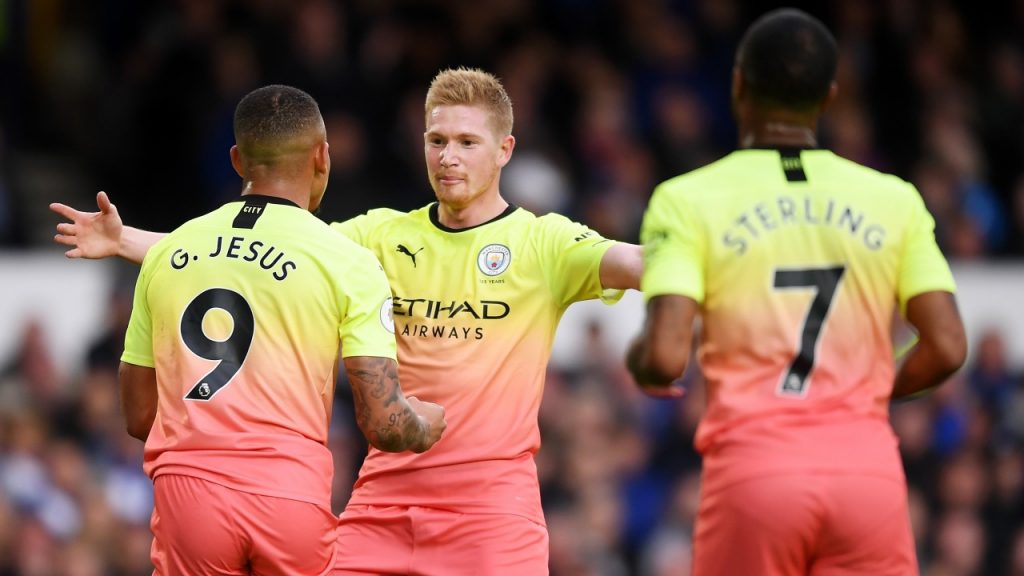 Manchester City survived a scare to defeat a fighting Everton side 3-1 to extend their impressive recent record at Goodison Park and also taking them five points behind league leaders Liverpool.

The Reds picked up a narrow 1-0 win at Sheffield United to maintain their perfect start to the season, but the defending champions had to rely on Ederson’s brilliance to avoid another upset early into the season.

Pep Guardiola was all praise for his side’s performance and explained the importance of the win knowing how far forward Liverpool threatened to go if they had dropped points.

The Spaniard reiterated how he knew about the conditions going into the game and stated his relief at the win. He said after the game, “”We knew Liverpool won again and the gap was eight points, so big, so we won three points and it’s five in September, with a lot of points to play for,”

City are now unbeaten in four games, having picked up dominating victories ever since their upset to Norwich City, after which Pep wanted more urgency from his side.

Guardiola explained why City must maintain consistency due to how good Liverpool are playing this season. He further stated, “We know which team we’re playing [in the title race] right now, they are seven victories in a row, champions of Europe and playing good football, this is our rival and we know we can’t drop too many points because last season they lost just one game.”

“The season is long, we have to keep going and be there, maybe we can push them a little bit more and try to make the third Premier League in a row.”, he also explained.

The Spaniard also hailed his team’s effort into getting the job done in a difficult game, reserving special appreciation for Ederson’s impressive showing.

“In the second half, except set-pieces and conceding free-kicks and long balls we played again good. I had the feeling we had clear chances but not many for the last control, we arrive in positions with Sterling or Mahrez and the control could be better. Ederson made two incredible saves at 2-1.”

The defending champions host Wolverhampton Wanderers next week before the International break, as Guardiola will look for another big win to maintain the pressure on Liverpool.