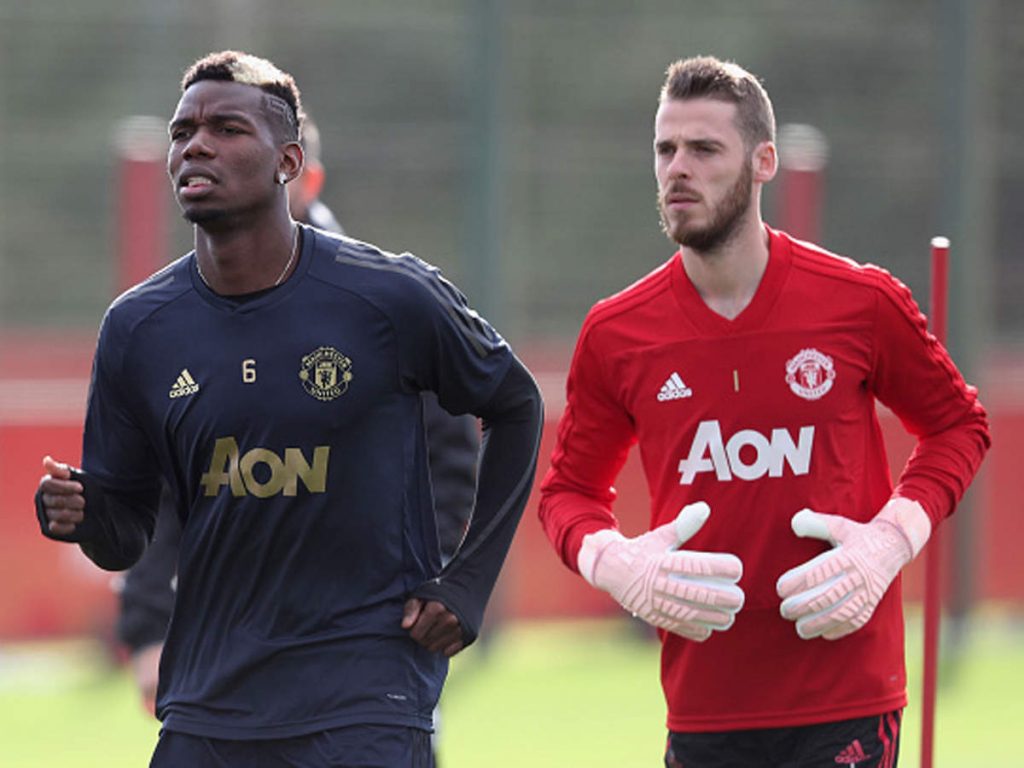 Manchester United are all set to host Liverpool on Sunday in what could be a do-or-die match for under-fire manager Ole Gunnar Solskjaer, but he’s been dealt with a heavy blow prior to the game.

The injury problems just keep on mounting for the Norwegian, who confirmed that his key stars Paul Pogba and David De Gea won’t be able to make it to the game against the undefeated league leaders.

De Gea picked up a groin injury in his side’s 1-1 draw against Sweden on Tuesday, having to be substituted at the hour mark after appearing to be struggling. While it isn’t anything serious, the Spaniard won’t be able to recover for the game against Liverpool.

Pogba has been nursing an injury for a long time, having initially picked up an ankle knock in his side’s 1-1 draw over Southampton in August. He missed many games before returning for the game against Arsenal, where he seemingly reaggravated his injury.

The Frenchman has been working hard on his rehabilitation process in the middle east, but is still not 100% fit to feature against the league leaders on Sunday.

Solskjaer spoke to Sky Sports about the injury troubles and revealed, “David needs a scan. I think he’ll be out. It certainly looked like it anyway judging on last night so it’s just one of those things.”

Sergio Romero is all set to get his first Premier League start of the season at De Gea’s expense and has a big job ahead of him when it comes to dealing with Liverpool’s threat.

Pogba’s absence will be an even bigger one knowing as to how influential he has been towards creating the most number of chances for United this season.

The manager spoke about the Frenchman’s situation and explained, “Paul had an injury, he came back, he worked really hard. He came back and played a couple of games, maybe played through the pain barrier.”

“He had a scan after the Arsenal game and maybe needed a few weeks’ rest in a boot so hopefully he won’t be too long, but he won’t make this game, no.”, he added.

While missing his most influential midfielder and crucial goalkeeper will be a big blow for Solskjaer, he also revealed that Anthony Martial and Aaron Wan-Bissaka could make their returns for the game.

Martial has been missing ever since sustaining an injury against Crystal Palace back in August, while Wan-Bissaka has also missed the last few matches after picking up a knock in the England international camp.

The Liverpool game is bound to be a crucial one for Solskjaer, who must come up with a positive result or witness the pressure on him double-fold with many calling for his removal.