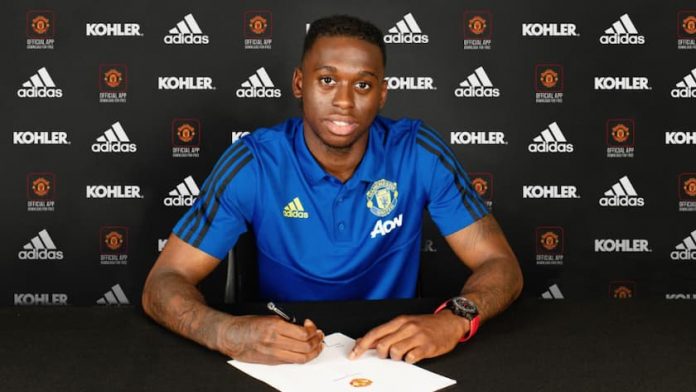 A clip from Sky Sport’s Soccer Saturday in 2019 has resurfaced showing Paul Merson making a prediction of Aaron Wan-Bissaka’s career at Manchester United. It seems that the ex Arsenal player was spot on.

Wan-Bissaka joined Manchester United for £50m in the summer of 2019 making him one of the most expensive defenders at the time.

United signed the youngster after a stunning season at Crystal Palace where he won their Player of the Year award.

Following the signing Paul Merson showed his concern that the player may not be good enough for United due to his tendency to go to ground and poor positioning.

📽 Back in 2019 Paul Merson wasn’t sure about Manchester United signing Aaron Wan-Bissaka from Crystal Palace for £50m.💰

He called it first! 👀 pic.twitter.com/x5s6xeZGjx

In a segment of Sky Sports’ Soccer Saturday Merson said: “I like him, my worry is – whenever we show clips of him he’s always slide-tackling,

“Now that tells me you’re out of position and you’re moving up another level. He’s not the greatest going forward, now you’re playing for Man United, who are going to have 70 per cent of the ball when they play games. He’s got to get forward.

“I think it’s going to take him time. It’s a massive jump, this. I just think whenever I see him he’s always slide-tackling, players are going to suss this out and they’re going to start stopping the ball and cutting it back or chipping it over his foot.

“I worry for United, I don’t see any good business.”

Wan-Bissaka performed well in his first couple pf seasons for United and added an aspect to Uniteds defence that they didn’t have. However as the team began to evolve into more attacking football the full-back struggled to provide any creativity.

It now seems that Merson’s prediction has come true as Wan-Bissaka is now second choice right back under Ten Haag following a lack of game time under Ralf Rangnick.

It seems it will be inevitable for the player to leave Old Trafford with opportunities to play looking slim. Crystal Palace are looking to bring the player back to Selhurst Park on loan with the best UK football betting sites having him at 3/2 to join Palace.