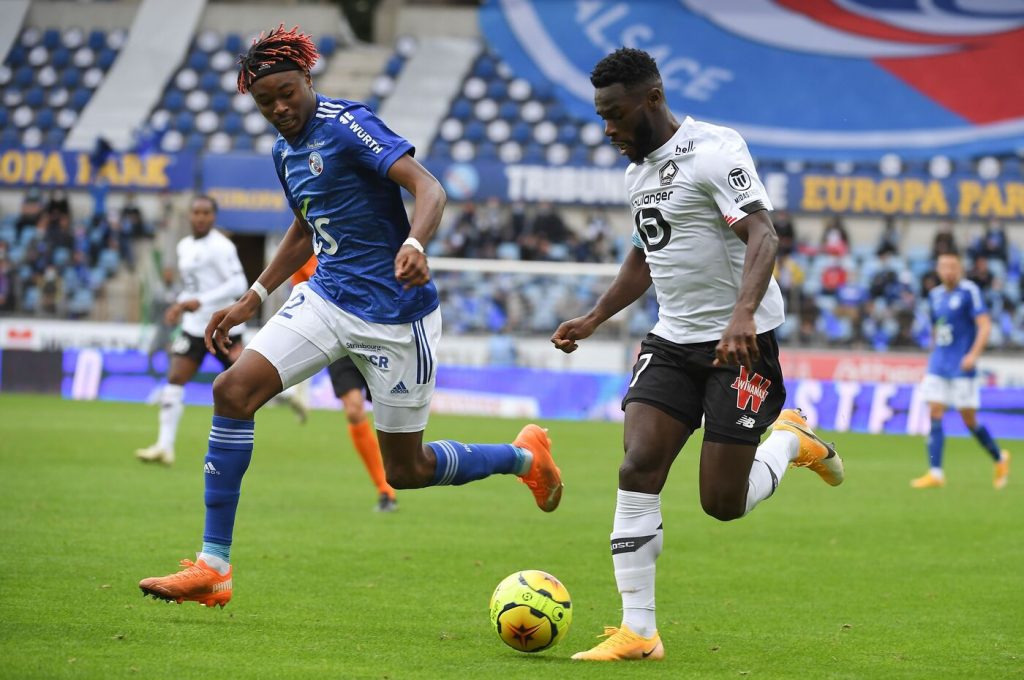 The news that numerous Premier League clubs are monitoring the situation with Strasbourg defender Mohamed Simakan is undoubtedly an intriguing proposition.

According to Sky Sports, at least four unnamed top-flight clubs are considering making a move for the French under-20 international.

AC Milan were believed to be leading the race to sign Simakan, with journalist Fabrizio Romano claiming that the Italian club were close to completing a deal.

However, their bid remains short of what Strasbourg are demanding, opening up the possibility of other clubs making an offer.

Simakan is rated as one of the most promising young defenders in Europe having already established himself in Strasbourg’s first team.

The 20-year-old was linked with both Everton and Tottenham Hotspur earlier this year, and it would be no surprise if they are amongst the clubs contemplating a bid for his services.

Everton have been hit by injuries to defenders this season, and they will be eager to ensure they are not caught short in the second half of the campaign.

Spurs have repeatedly been tipped to sign a defender in the run-up to the January transfer window, and Simakan fits the profile of the players they tend to sign.

With Toby Alderweireld approaching his 32nd birthday the club needs long-term replacements and Simakan may well be the answer.

Both Everton and Spurs represent excellent options for Simakan, particularly as he would have the opportunity to work under managers who excel defensively.