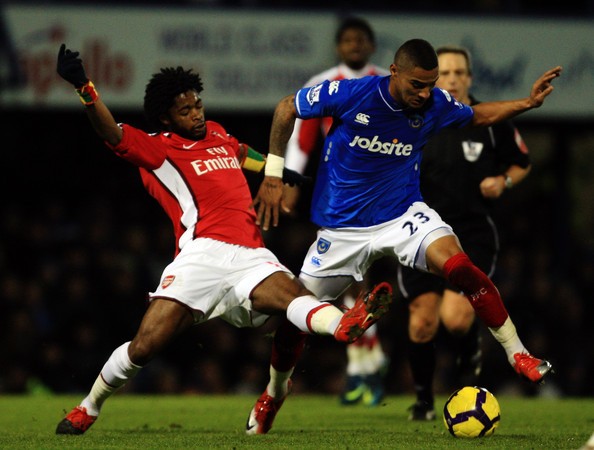 On this day in 2009, Portsmouth hosted Arsenal at Fratton Park, and neither side fielded an Englishman in their starting XIs.

A first in English top flight history, France had seven representatives on the pitch, five for Arsenal and two for Pompey. Other countries on the pitch were Iceland, Algeria, Bosnia, Belgium, Republic of Ireland, South Africa, Israel, Scotland, Wales, Spain, Ghana, Croatia, Cameroon and Russia.

Arsenal took a 2-0 lead before half-time courtesy of goals from Eduardo and Samir Nasri before Aaron Ramsey added a third in the 69th minute. Algerian international Nadir Belhadj pulled a goal back for Portsmouth in the 74th minute bur Alex Song restored the Gunners’ three goal margin in the 81st minute.

The Englishmen finally got a taste of the action late in the game as Arsenal brought on Craig Eastmond in the 85th minute to replace Nasri while Portsmouth sent in Michael Brown for Scotsman Richard Hughes.