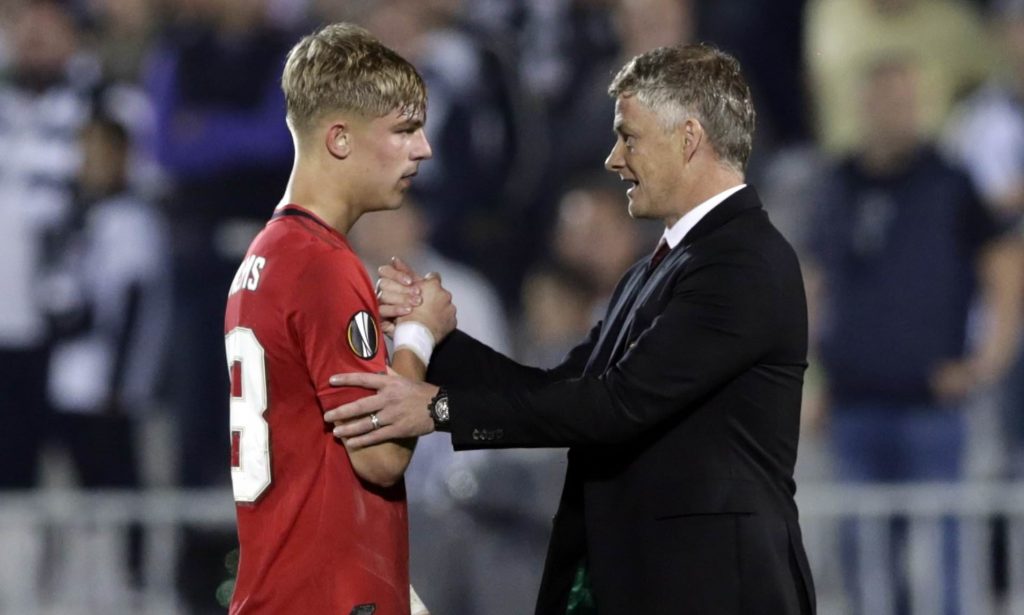 Manchester United finally put an end to their awful away record when they defeated Partizan Belgrade 1-0 in their UEFA Europa League trip on Thursday night.

In a game where the hosts dominated much of the game and caused them some very real problems with their attacking intensity, United rode their luck and won thanks to Anthony Martial’s penalty.

However, the talk of the town was all about young Brandon Williams contribution in the win, with the teenage left-back putting in a strong shift to help his side come out victorious.

Not only did Williams win the penalty with a surging run into the box just before half-time, but his solid defensive stats also proves he’s one for the future with the Red Devils.

Ole Gunnar Solskjaer was a relieved man to have ended his away day nightmares and heaped praises on his youngsters for getting the job done.

He said, “They did excellent. I thought Jimmy just grew and grew in the game, became better and better.”, the Norwegian spoke of debutant James Garner, who had an average game.

But when it came to talking about Williams, Solskjaer only had good things to say about the young left-back who recently signed a new deal with United.

The Norwegian explained, “And, for me, Brandon was man of the match. He’s been fantastic the few games he’s played. The boy has no fear, he is as brave as a lion and he got us the win.”

“But Brandon has an absolutely great attitude. The boy is going to be a top, top player.”, he added when heaping praise on the teenage left-back.

Solskjaer also praised his defence for getting the job done and sticking together strongly as a unit leading to the narrow win.

He added, “We defended really well, in the box especially. I think we showed some grit in that respect. We could have defended better up front, we should have stopped them.”

“They pushed us back, we need to get more intensity in our pressing, but, yeah, proud and kept another clean sheet.”, he further explained.

Solskjaer also expressed his pleasure with the win and encouraged his side to maintain this momentum heading into a string of away games.

He explained, “Of course, I’m happy now that we can just look forward to the next one. Try to build momentum. We need to win away from home in the league, but another clean sheet and that gives you a platform to win games from.”

The Partizan crowd created a nervy atmosphere for United and Solskjaer made sure to give the fans their due for maintaining their mettle throughout the game.

“You know what we talked about before the game… wow. the fans were great.”, the Norwegian added.