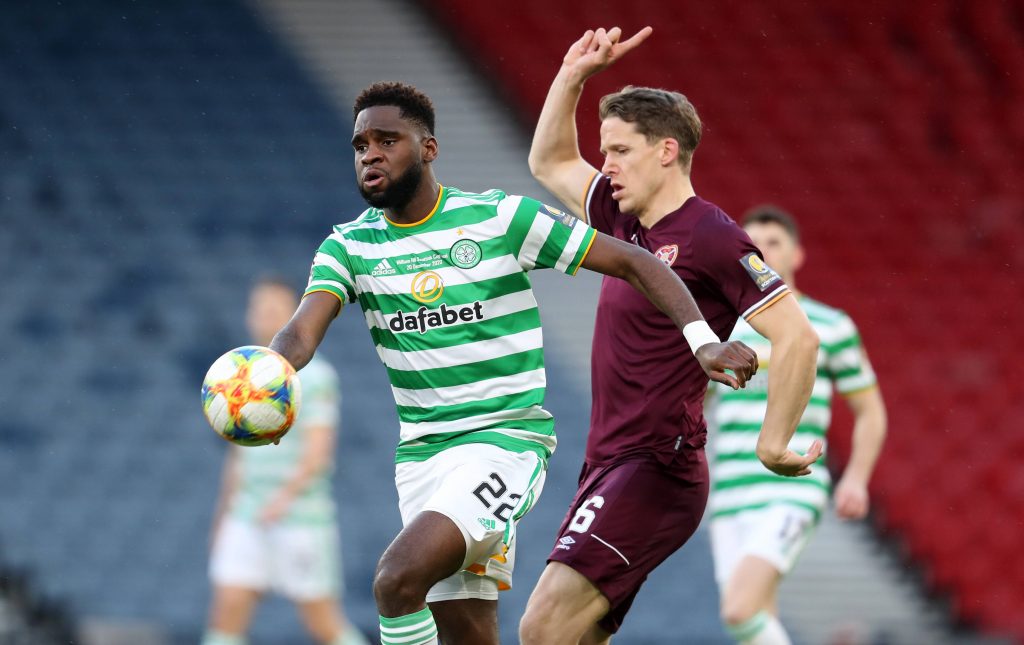 Celtic star Odsonne Edouard has been heavily linked with a move away from Parkhead this summer.

According to Football Insider, the Frenchman has now informed his friends that he will leave the Scottish outfit to join Leicester City.

Edouard has already made up his mind and is set for a reunion with Brendan Rodgers at the Premier League club.

Personal terms have been agreed with the player, and Leicester are sorting out the structure of the deal with Celtic.

The Foxes needed to add more depth to their striking department, and 23-year-old should prove to be a quality long term addition.

The Frenchman scored 22 goals in all competitions for Celtic last season, and he is likely to improve with experience.

Edouard has just one year left on his contract with Celtic and is likely to be available for a reasonable price.

His signing could prove to be a major bargain for Leicester if he adapts to English football.

The Premier League club will soon require a replacement for Jamie Vardy, and the Frenchman fits the profile.

Rodgers worked with the striker during their time together at Celtic, and he could be the man to unlock Edouard’s potential.

The striker was offered a new deal at Parkhead, but he rejected several advances from the Scottish club in favour of a move to the Premier League.

Arsenal and West Ham United were also lined with Edouard, but his move to the King Power Stadium is now very close.