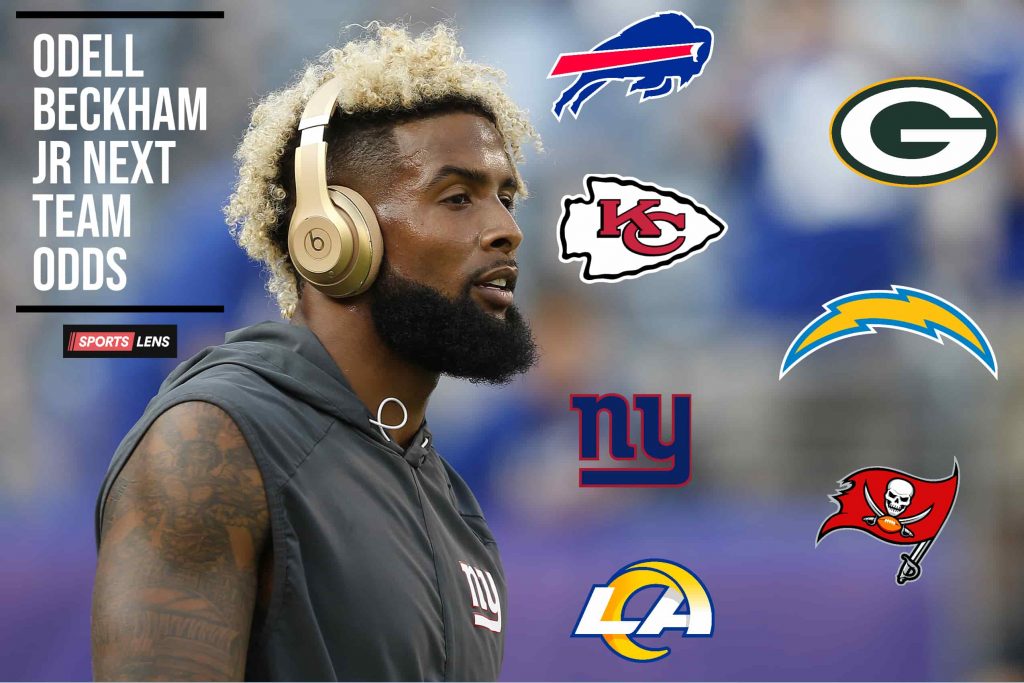 The curious case of Odell Beckham Jr’s next team rumbles on, and BetOnline are offering odds on his potential next suitors for their ‘NFL Weekly Specials’.

The flamboyant wide receiver has been in free agency after being waived by the Rams last year. An unfortunate recurring ACL injury meant his time in LA was cut short immediately after they stormed towards the Super Bowl title last campaign.

OBJ himself has been vocal about his return as it only seems like a matter of time before he is back on the field, and even chimed in with his own projections in a tongue and cheek tweet aimed at BetOnline themselves.

Lolol hypothetical ( NFL don’t come for me) but if ur technically not in the NFL can u bet on this?😂😇

The odds have since changed, with this year’s +350 Super Bowl favourites the Buffalo Bills currently thought to be the likeliest team going in for Odell’s signature.

The three-time Pro-Bowler and former Rookie of the Year recipient would certainly be a welcomed addition to the majority of the teams on this list, and given he is just 29, there is plenty of gas left in the tank.

As mentioned, the Bills would offer him the chance to chase another Super Bowl ring, and if the tweet attached below is any indication of how convinced he is by the project, they are seemingly correctly favoured as his next team.

If the #Bills want Odell Beckham Jr. at some point this season, it’s not going to take much convincing…

Elsewhere, we think a return to where it all started would be a fairytale story, and one that Beckham himself may favour.

He was recently pictured back at the Giants’ training facility, the team he was drafted by as the 12th pick back in 2014. With receiver Sterling Shepard ruled out for a year through injury, it would be a sensible acquisition for the franchise from a sporting and commercial perspective, but he famously left New York with great unhappiness.

The Sports Daily also spotlighted a potential link with the Kansas City Chiefs, with two ESPN analysts waxing lyrical about OBJ’s compatibility with another of this year’s Super Bowl contenders.

Of course, the opportunity to play with the league’s hottest prospect, Patrick Mahomes, is an attractive prospect, and one can only dream of a link-up more perfectly suited to Beckham’s strength and speed.

There is also the possibility of a return to the Rams, the team who were forced to cut him after that nasty ACL injury in the second quarter of the Super Bowl final last year. He was welcomed with an outpouring of support before LA’s opener against the Bills as he stepped out on the field.

Probably a good sign that the expected return of Odell Beckham Jr. to the #Rams is right on track. GM Les Snead looks pretty happy. pic.twitter.com/5lrHnKmdgY

By the looks of GM Les Snead and the love he felt from the crowd, a return to the SoFi Stadium looks to be a very plausible end to this scenario.