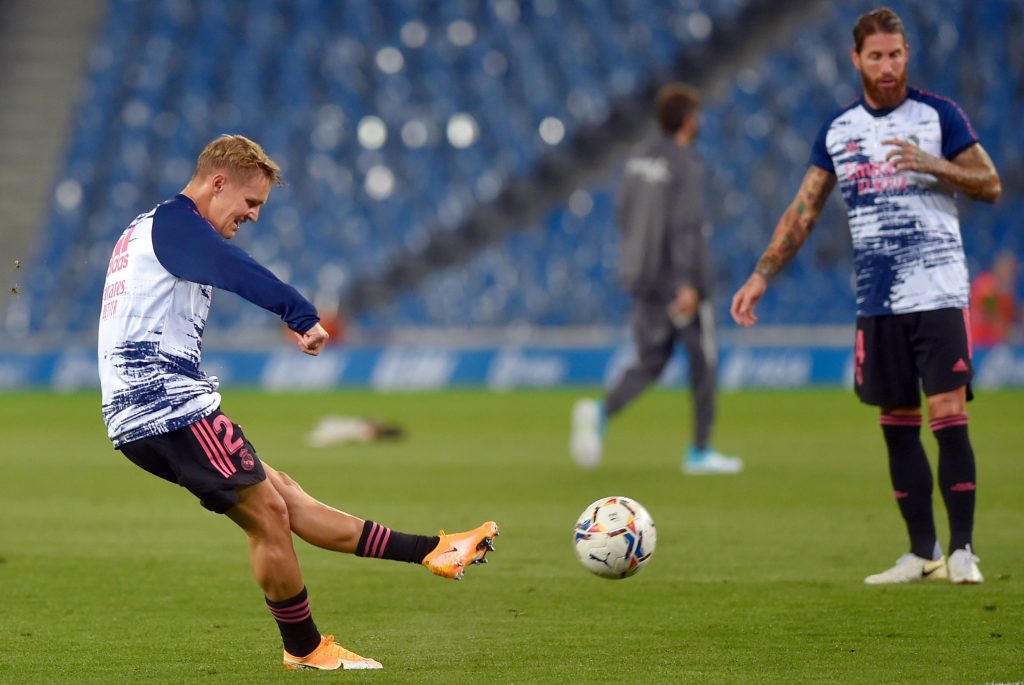 Martin Odegaard has passed his medical and an announcement about his loan move to Arsenal is expected in the next 24 hours.

According to Sky Sports, the 22-year-old will complete his temporary switch to the north London club on a deal that will run until the summer.

Transfer expert Fabrizio Romano said: “The player was very close to rejoining Real Sociedad on loan but Mikel Arteta then called the player, his family and agent to convince them that he would have game time and that he’d be playing in the Premier League with Arsenal.

“So, Odegaard changed his mind about three or four days ago. It will be completed in the coming hours and it will be a simple loan for six months. I’m told that at the end of the season, Arsenal and Real Madrid will speak again about the situation along with Dani Ceballos.

“They will decide then, but Arsenal have a very interesting talent as he was tempted by a move to Ajax. But after Arteta’s call, he’s decided to move to England.”

There has been plenty of hype surrounding the Norwegian throughout his career, but he is yet to fully live up to expectations.

Odegaard has failed to make the breakthrough at Madrid, although successful loan spells with Vitesse Arnhem and Real Sociedad have highlighted his ability.

However, the acid test will now come in England, with Arsenal offering Odegaard a chance to shine in one of Europe’s top leagues.

The pressure will be on Odegaard to perform from the outset, particularly with the Gunners currently languishing in the lower half of the Premier League.